Home » Health News » Is toothlessness a sign of heart disease? 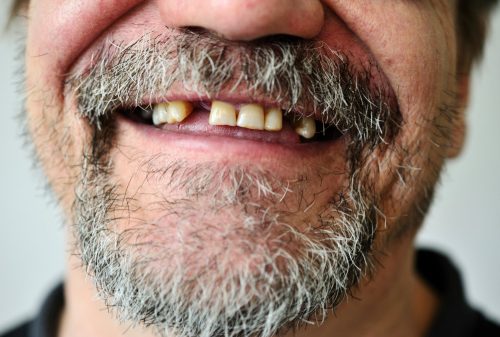 A new study has found that toothless heart disease patients are twice as likely to die as those with teeth which may suggest that losing teeth could offer insight into deadly heart disease.

Gum disease is a common cause of tooth loss and gum disease-related inflammation which has been found to play a role in the narrowing of the arteries. Lead study author, Dr. Ola Vedin, said, “While we can’t yet advise patients to look after their teeth to lower their cardiovascular risk, the positive effects of brushing and flossing are well established. The potential for additional positive effects on cardiovascular health would be a bonus.”

The study looked at over 15,000 heart disease patients from 39 countries that were assessed for tooth loss and followed on average for 3.7 years.
Researchers found that patients with the fewest teeth were smokers, female, less active and had higher rates of diabetes, high blood pressure, more body fat and lower levels of educations.

After adjusting for other contributing factors to heart disease, tooth loss was found to increase the risk of major heart events by six percent along with the risk of death by 15 percent.

Vedin added, “The risk increase was gradual, with the highest risk in those with no remaining teeth. For example the risks of cardiovascular death and all-cause death were almost double to those with all teeth remaining. Heart disease and gum disease share many risk factors such as smoking and diabetes but we adjusted for these in our analysis and found a seemingly independent relationship between the two conditions.”

“This was an observational study so we cannot conclude that gum disease directly causes adverse events in heart patients. But tooth loss could be an easy and inexpensive way to identify patients at higher risk who need more intense prevention efforts,” Vedin concluded.