Home » Health News » Is There Anything You Can Do to Prevent Vasculitis? 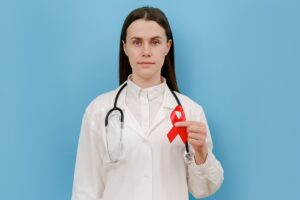 No one will blame you if you’d never heard of vasculitis before actor Ashton Kutcher announced his battle with it. It’s quite rare.

Vasculitis is an autoimmune disease that happens when blood vessels are subjected to inflammation. The immune system essentially attacks healthy tissue, and the inflammation leads to limited blood flow and circulation.

Mild symptoms like aches, fevers, and weight loss are more common. However, more severe symptoms, like what happened to Kutcher, can also happen. He said the condition made him unable to see and hear, while it also threw his equilibrium off kilter.

He also said it took about a year to rebound.

According to information from the Arthritis Foundation, blood vessel damage resulting from vasculitis can harm vital organs. At its most severe, it can lead to organ damage and/or death.

There are three different types. The difference is based on the size of the blood vessels involved and are classified as either large, medium, or small.

It can also occur on its own or can be tied to another illness like rheumatoid arthritis, hepatitis C, lupus, and more. And because your body needs a healthy flow of blood to function, virtually any body part or organ can be affected.

The condition can only be diagnosed by blood tests and tissue biopsies, and the only treatment is by attempting to reduce inflammation in the affected blood vessels. It’s unknown if an anti-inflammatory diet can reduce the risk. The condition can also disappear on its own.

It doesn’t seem like the condition is preventable or impacted by lifestyle factors.