Home » Health News » Is the Fountain of Youth Living in Your Gut? 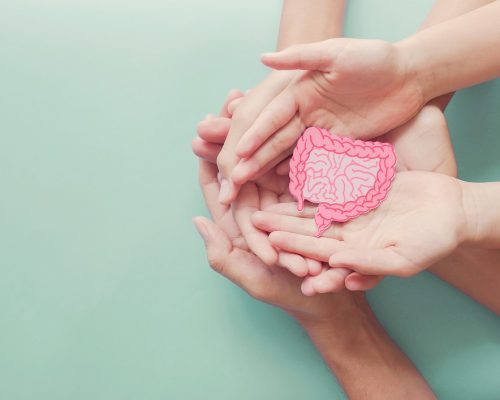 The bacterial population in your gut – called the microbiome – gets a lot of attention. It’s linked with overall health, mood, digestion, inflammation, and more. And now it’s being linked with longevity.

New research published in Cell Reports suggests that advancing age changes the makeup of the microbiome in the small intestine. It infers that by potentially zeroing in on certain bacteria, longevity may be increased.

It’s extremely important to note that this new research suggests an association between the microbiome and longevity and does not prove cause and effect. A ton of research still needs to be done to see if, and how, these associations might be manipulated.

To arrive at their conclusion, researchers looked at microbial changes that occurred in the small intestine with chronological age, medication use, and disease in people aged 18 to 80.

They found that when people got older, the type of bacteria in their small intestines changed. Researchers noted that normal aging causes a shift from microbes that prefer oxygen to those that can survive with less oxygen. They also noted an increase in a type of bacteria called “coliform” in older folks.

Coliform bacteria, which were much more present in older populations, may be the driver of some of the negative effects of aging. If they become too abundant, they may have a detrimental effect on the rest of the population. As one researcher put it, “they are like weeds in a garden.”

It’s too soon to say if taking probiotic supplements can make a difference. It’s also way too early to suggest a potential treatment, or even if this is avoidable.

That said, there is current information available on how to optimize gut health. It generally involves eating a diverse diet rich in fruit, vegetables, whole grains, beans, legumes, nuts, some dairy, and fresh meat.

Perhaps unsurprisingly, such a diet is also linked with less disease and greater longevity.

Giving your gut – and body – the good stuff may help aid longevity and reduce the risk of disease.