Home » Healthy Eating » Is the FDA failing us? 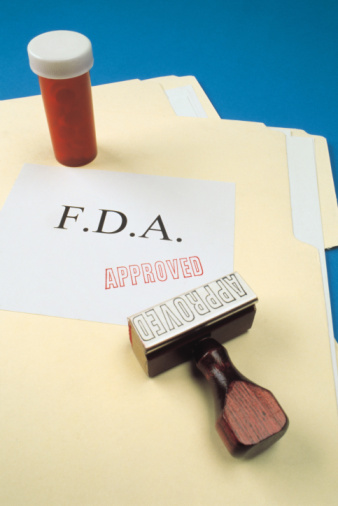 Every time I walk through a food store, I’m pleasantly surprised to see more and more people looking carefully at the labels of packaged food. It’s a wonderful habit, because these people are exercising their choice over what goes into their bodies.

However, the sad truth is that the food regulatory authorities like the FDA, which these careful shoppers trust for their health, are actually letting them down.

There have been instances in the past where the FDA has been at the receiving end of a controversy (like the GMO controversy, or having to rework the most recent food scandal). And, once again, the FDA is looking the other way and not being completely transparent.

I’m referring to the FDA ruling to allow NEOTAME to be exempted from the labels of packaged food. I just cannot understand why the FDA would do something like this. It is an obvious deviation from the rules and is clearly against its mission statement which says, and I quote:

I want you to pay special attention to the words ‘accurate science-based information’ because, by allowing NEOTAME to be exempted from labels, the FDA is doing just the opposite.

As a doctor, I have always believed that when it comes to making choices for better living, knowledge is critical. And the decision of the FDA and other food regulating authorities to withhold information is a big step in the wrong direction.

Today, as things stand, you the consumer can scan a label all you want but will have no clue whether the product you’re consuming contains Neotame.

Neotame is an artificial sweetener that is 13,000 times sweeter than your table sugar. Let me put that it into perspective for you. One teaspoon of sugar can sweeten just a tenth of a can of coke, whereas one teaspoon of Neotame can sweeten 1400 cans of coke.

Neotame is a great hit with food manufacturers, as its use lowers the cost of production compared to using sugar or high fructose corn syrup. Neotame is also highly stable, making it extremely desirable from a logistics point of view. But what makes it even better is the fact that it does not have to appear on the labels of consumer packaging –which means, as far as Neotame is concerned, you have no choice.

Are toxins good in small doses?

The funny thing is, it was the negative publicity associated with aspartame that led to the development of Neotame. Over the past decade Aspartame has been getting a lot of flak from all corners. Guess what the multi billion dollar food industry does in response to all the complaints. They come up with a ‘neo’ version of aspartame. The fact that Neotame is even more toxic than aspartame was just a small hurdle to be dealt with. All the industry had to do was convince the FDA that Neotame is actually safe.

But even after the FDA was convinced, the food industry was not satisfied. They knew that the negative publicity surrounding artificial sweeteners would soon shift to Neotame. There was only one way out – Neotame needs to operate like a stealth bomber and slip under the radar of the consumer eye. The obvious solution was to convince the FDA to exempt Neotame from the labels.

Neotame: The inside story

To illustrate the point of how harmful Neotame can be, let me break it down for you.

And yet, governing bodies like the FDA and the authorities in Australia, New Zealand and Canada have deemed it safe enough not to be labelled. The European authorities have approved Neotame, after a lot of deliberation, but they have not agreed to ‘no label’ Across the European Union, Neotame appears on labels as E-961. If the Europeans have a right to know, why should we be deprived of that right?

Another thing to consider: WHO (World Health Organisation) has published a paper seeking to establish acceptable daily intake levels for Neotame.

Now here’s the thing:
On the one hand, the WHO has established an acceptable daily intake of Neotame.
On the other hand, the FDA has agreed to allow Neotame to not appear on labels.
How is the consumer to make sure that their daily intake levels are below acceptable limits if they don’t even know if, when, where or in what amounts they are consuming Neotame?

Good Question. But one with no answer.

Neotame is being kept so hidden that even though it can be used in drinks, gums, candies, children food, ice cream, cans, micro-wave foods, preserved fruits, there is no information even on Google as to which foods actually contain Neotame.

Take the choice out of the FDA’s hands

For the calorie conscious customer, and a nation that is battling with obesity, Neotame might seem to be the right answer. The desire to drop those extra pounds without sacrificing taste will no doubt propel the rise of Neotame. But in the long run, Neotame will prove to be the wolf in sheep’s clothing, and will most likely cause chronic damage. There will be public outcry. And my guess is, the scientists will add a few more chemicals and change the name yet again.
My sole purpose in writing this piece is to make you aware of the hidden dangers surrounding us in our highly commercial world. The non-labelling of Neotame has me concerned, as I see this as the beginning of a slippery slope leading into an abyss of mis-information.

If your health is your priority, as it should be, you have to pay more attention to the choices you make. I know it is not going to happen overnight, but if we make a conscious effort to exercise our choices, and rely more on products that actually do not need labelling (locally grown fresh produce), we will not need to rely on the FDA to make our choices for us.

Yours in Good Health,