Home » Health News » Is That Drink Really Helping Your Heart? 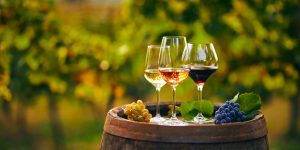 If you think that evening drink is good for your heart, you may want to rethink why you’re drinking.

Let’s be straight: you do not have a glass of wine or a beer every night because you think it’s going to make your heart a little healthier. You’re having it because you like the taste or how it makes you feel.

If it was purely for cardiovascular purposes, wouldn’t you be going for a run or eating a bowl of berries and oats?

Maybe not, but you know what I mean.

Previous research suggests that light to moderate drinking, particularly red wine, is associated with a healthier heart. But a new, large study suggests that’s simply not the case.

This new work, published in JAMA Open Network, concluded that any amount of drinking is associated with a higher risk of heart disease and that any supposed benefits of alcohol may actually be due to other healthy lifestyle habits among light to moderate drinkers.

The study is basically saying that alcohol should bever be recommended to improve cardiovascular health and that it offers no benefit to your heart.

Researchers looked at 371,000 British adults who average nine drinks per week. As expected, the paper found that light to moderate drinkers had the lowest risk for heart disease, followed by non-drinkers, then heavy drinkers who had the highest risk.

The study found that the light-to-moderate drinkers also had the healthiest lifestyles. They ate more fruits and vegetables, exercised more, and did other heart-healthy things. Taking those things into account, there was virtually no benefit to drinking alcohol.

So, if you like to engage in the occasional drink, do so to enjoy it. Do it moderately, but remember: it’s not a heart-healthy activity. But used properly, it can have other benefits.