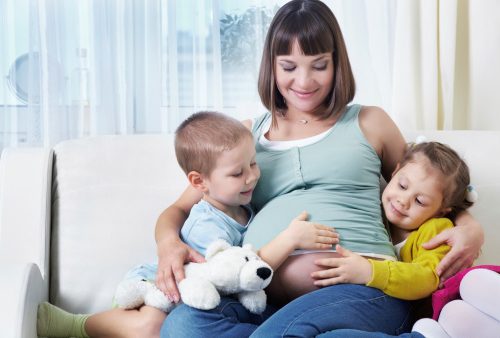 Mothers-to-be have many things to worry about when they’re expecting, and consuming a healthy diet is usually a top priority.  While most pregnant women know to dutifully start munching on more fruits, vegetables and sources of calcium, the importance of less promoted trace minerals like iodine is something they rarely think about. Doctors know that severe iodine deficiency during pregnancy can cause mental disabilities in children — but the newest research is showing that even milder iodine deficiencies during pregnancy can have moderate – yet alarmingly permanent – effects on children’s mental development.

Iodine as Part of a Healthy Diet for Pregnancy

Iodine is present in most dairy foods (such as milk, cheese, yogurt, etc.), certain fruit and vegetables (such as sea vegetables, broccoli, cauliflower, strawberries, etc.) and also in certain types of fish (cod, haddock and tuna). However, the primary source of iodine for most of us is ionized table salt.  A healthy route to obtaining sufficient iodine is through food sources and modest salt intake.

Kristen Hynes, from the University of Tasmania, conducted a study that evaluated 228 pregnant patients from The Royal Hobart Hospital between 1999 and 2001. The women were divided into two groups – patients with urinary iodine levels below 150 mcg (mildly deficient) and patients with urinary iodine levels above 150 mcg (normal). Educational assessment data from the Australian national curriculum and Tasmanian state curriculum evaluated the children born to these women, 9 years after birth.

The research indicates a definitive relationship between mild iodine deficiency during pregnancy and poorer test scores in children born to these women.  These results fall in line with other studies that have  shown that iodine deficiency interferes with auditory pathways in young brains. This interference affects the child’s ability to process verbal information, as well as other forms of auditory stimulation.

The Right Amount of Iodine

While this research may leave expectant mothers questioning whether they should take an iodine supplement during pregnancy, it’s important to remember that too much of this mineral is also not a healthy choice.  The safe maximum limit for healthy adults and for pregnant women is 1,100mcg.

Excessive consumption of iodine can lead to thyroid dysfunction and/or goiter. In addition to an overall healthy diet, adding in a few extra portions of dairy each day and a couple of portions of fish each week will help to ensure healthy and sufficient levels of iodine intake.