Home » Health News » Is Manliness Keeping You from Caring for Your Health? 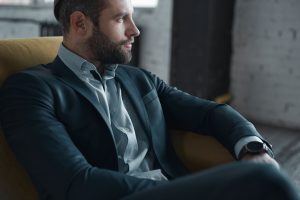 Young boys don’t want to be labeled as wimps. They want to appear tough, strong, and capable of handling their own problems. So, as much of a cliché as it is that men don’t like to visit the doctor, it isn’t exactly untrue either. It’s been brewing since boyhood.

And it could have some serious health consequences.

Men are less likely to utilize healthcare than women. They undergo preventative screenings at a lower rate and don’t seek timely care. Men are also less likely to receive vaccinations for conditions like the flu or COVID-19.

Add all this up and it contributes to the fact that women have a longer life expectancy.

Of course, the reasons for life expectancy are complex, but you can’t help but feel that ideas of masculinity play a role. Some men believe that by acknowledging pain or seeking help that they are weak. What could be worse than that?

There is data to suggest that men are not only reluctant to visit doctors, but they aren’t exactly truthful when they are there, often downplaying symptoms if they share them at all.

These tendencies span across ages and races, although they relax slightly with age as more health problems appear.

Data also suggests that men are less likely to trust the medical system and medical professionals. Research suggests this is particularly acute among Black men, who have endured historical mistreatment in American medicine. The most glaring example is the Tuskegee Syphilis Study.

Many men, however, do believe in high levels of self-reliance. So, in that case, who is responsible for your health? If you aren’t taking the steps to keep yourself healthy, prevent disease, go in for screenings, and monitor key indicators, who is?

Guys, get set serious about your health and remember that illness is not weakness. Taking care of problems early can help you live longer, and more importantly, better.