Home » Health News » Is It Safe to Drive If You’re Experiencing Memory Loss? 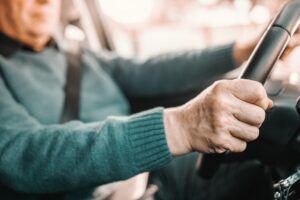 It might not feel like it, but you need your brain – a lot – to drive a car. Even though it feels automatic, a lot is going on.

So, when you notice your brain isn’t working as well as it used to and you’ve been experiencing some gaps and gaffes in your memory, is driving safe?

There are a lot of things happening in your brain and several parts in play when you drive. You must be able to observe what you are seeing, distinguish between cars, bikes, and people, assess how quickly they are moving, be aware of the space around you, and be alert when you see danger.

All of those things happen as the four lobes in your brain – occipital, temporal, parietal, and frontal – and right and left hemispheres all activate.

Thankfully, once you’ve learned to drive, most of the routine stuff becomes automatic and happens unconsciously. That’s why you may find yourself heading to work sometimes when you meant to go to the grocery store – you’re on autopilot.

You sometimes use your conscious mind while driving when the situation demands it. Heavy rain, snow, or icy roads may require more focus. That’s why you may stop talking or turn the stereo off to navigate these conditions.

The decision to stop really depends on the severity of the disease and the specific abilities that it is affecting.

One study, for example, noted that people with Alzheimer’s had an average of 0.09 car crashes per year, compared to 0.04 for healthy adults of the same age. Another found that those in the mild cognitive impairment stage, or very early dementia, had similar crash rates to young 16-20-year-old drivers.

So, how can you tell if you’re still safe on the roads? Here is a checklist:

You can also book a driver’s test to assess your abilities.