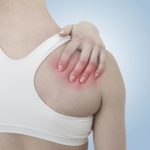 Inflammation is a protective attempt by the body to remove whatever is injuring or trying to injure you. In some ways inflammation is good because it is trying to initiate the healing process; however, chronic inflammation can lead to many different diseases. Today there is a lot of discussion in the medical community about whether or not inflammation is at the root of all disease.

It used to be that inflammation was a physical response associated with a cut or joint pain. It is common if you have arthritis, sprains and strains, lupus, osteoporosis, fibromyalgia, and broken bones.  Close to 50 million people in the United States have had problems with their joint health and in many cases have experienced the discomfort of inflammation. Now there seems to be more evidence to suggest that inflammation is the cause of most chronic diseases.

Inflammation and Other Diseases

Two recent studies focusing on inflammation receiving world-wide attention seem to suggest that inflammation inside the artery walls are the key to why people with normal cholesterol levels suffer heart attacks and stroke, while some people with very high cholesterol never develop these problems. The research, published in “The Lancet” is the first studies to show a “cause and effect” association between specific inflammatory markers and the risk of heart disease.

During the research phase, over 130,000 people were examined. Those with a gene variant linked to lower than normal number of inflammatory marker were much less likely to develop heart disease, despite the fact that they had the same rates of smoking, diabetes, and high cholesterol as people without factor.

The Findings and What They Mean for Joint Health

The researchers believe their findings suggest medications used to treat conditions such as rheumatoid arthritis could potentially be used against heart disease.

Although the American Heart Association doesn’t go as far as to say inflammation causes heart disease, they do state that it is “common for heart disease and stroke patients”. The association encourages Americans to educate themselves about inflammation and what it can do to their hearts.

News of these latest studies comes on the heels of countless studies that support the theory that inflammation is at the root of cancer as well. In some cases the association is obvious. For example, colon cancer or bowel cancer has always been linked to inflammation but in recent years research has shown that many different types of cancer involve inflammation. Studies indicate that while some cancers may develop for other reasons, they are able to spread due to the presence of inflammation. There is also research that suggests chronic inflammation associated with infections could possibly lead to situations that create lesions and tumors to develop.

Although there is a common link between inflammation and everything from joint health to heart disease, cancer, and Alzheimer’s disease, much more research is being conducted to determine if inflammation is in fact the cause of all diseases or perhaps the result of some conditions.