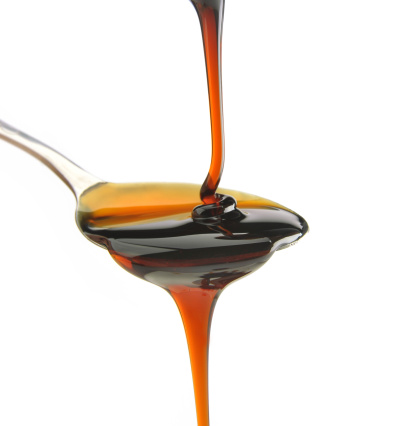 Dr. Oz has attached himself to yet another new weight loss product and, in usual Dr. Oz style, the media has jumped all over it. This past November 4th, The Dr. Oz Show aired an entire episode dedicated to the new product – yacon syrup – exploring whether this South American root vegetable of little-known reputation could suddenly become the “next new big thing” in health and weight loss.

I laugh at this, because the answer is: of course it will! Whether yacon syrup is a magical weight loss potion or just the juice of an ordinary mountain potato, it is now riding the tide of the “Dr. Oz Effect.” This inevitable tidal wave of celebrity lab-coat publicity will sweep it into the minds, hearts and shopping carts of most weight-loss hopefuls out there, whether there’s actually any evidence of yacon syrup’s positive effects or not.

In The Dr. Oz Show episode, Dr. Oz prudently warns the audience of the “media frenzy” that will ensue right after the show is over, attempting to profit off of Dr. Oz’s good name by attaching it to a myriad of new yacon syrup products that may or may not actually be the real, 100-percent pure root extract product that he is actually endorsing. He openly states that his own on-show experiment (following 40 audience members’ weight loss results from one month of eating yacon syrup) wasn’t really a reliable study, and his own panel of health experts caution that “this is not some magic weight loss pill.”

And yet, true to form, the media are continuing to exploit the Dr. Oz – yacon syrup – “next new big thing in weight loss” connection to no end, selectively reporting the facts and grossly misquoting the experts. One media outlet reported that “dieters may no longer have to go on a diet or go to the gym to meet their weight loss goals.” Despite all votes of caution, in the span of just two weeks, advertisers and marketers have already cast yacon syrup as a fairy-tale magical weight-loss elixir.

So before any of my readers hop blindly onto the Dr. Oz tidal wave as well, I want to explore the real science behind the effects of this tuber root extract, to help you discern whether your health and weight will really benefit from yacon syrup or not.

The yacon is a naturally sweet tuber root vegetable, originating in the Andes Mountains in South America. It’s been a regular staple in the diet of native Peruvian farmers and local communities for many years, and was also used medicinally by Peruvians and Bolivians to help aid diabetics and people with other digestive disorders. However, for the rest of the world, this little root was largely unknown, unstudied and unavailable.

This all began to change just recently, when a Japan study from a few years ago noted the root’s anti-hyperglycemic properties, which is a natural ability to keep blood sugar low and stable despite its natural sweetness. This suggested significant potential for the sweet root syrup from the yacon plant to be used as a safer sweetener alternative for diabetics, as well as for others suffering from insulin response issues and obesity.

While scientific attention on yacon syrup is still new and therefore relatively sparse, the Japan study did spur a few more animal studies and human studies to be conducted more recently, to see how far these potential health properties actually go.

In the latest 2009 study – the one that Dr. Oz bases his own recommendation upon – researcher Susana Genta and her colleagues gave controlled doses of yacon root syrup to a group of obese pre-menopausal women for 120 days. Certainly, the results of this study were quite hopeful. The obese women experienced decreases in weight, waist measurement and body mass index. They also reported feeling “more full” after meals, and displayed other impressive markers of improved metabolic syndrome, such as decreases in “bad” cholesterol and increases in “good” cholesterol. Subjects that had previously reported constipation issues claimed remarkable improvement with bowel movements and frequency, and at the yacon syrup dose administered in the study (10 mg), subjects did not report experiencing any gassiness, nausea or cramping effects that could sometimes come from increased consumption of soluble fiber.

What we have seen so far – improved dietary fiber intake, appetite control, positive yet safe rates of weight loss, and improvements in insulin sensitivity and cholesterol levels that follow from safe weight loss – is quite impressive, and seems to tackle many of the dangerous weight and metabolic issues that currently threaten us as a society today.

But is the yacon root a buried-underground treasure of weight-loss magic? Truthfully, we don’t know yet. A few short human studies on yacon syrup hardly constitute an indisputable body of evidence, still don’t tell us very much, and lend more questions than answers at this point.

And the question burning even more hotly on your brain: could yacon syrup actually work for me? Can it help you lose weight and improve other health issues that could potentially lead to dangerous problems in your future? Well, to answer that, let’s look as some things we do currently know about components found in yacon syrup, and some areas of research that do have more extensive study behind them.

Yacon Syrup & The Importance of FOS for Health and Weight Loss

Short-chain fructooligosaccharides (scFOS) are a naturally sweet component of many foods, particularly high in certain fruits and vegetables. And yet, while FOS is a combination of plant sugars linked together in short chains, they do not behave like regular sugars – instead, as a low-calorie, non-digestible carbohydrate, FOS seems to have many health-boosting effects in our bodies that have caught the attention of food scientists.

Our bodies don’t digest FOS; therefore, it passes undigested into the colon and the body isn’t able to derive calories from it – in other words, it is a very low-calorie food. Once in the colon, FOS acts as a soluble dietary fiber, helping us feel full, increasing bowel mass and emptying frequency, and helping to prevent constipation. FOS also acts as a prebiotic in the colon, which means that it feeds the “friendly” gut bacteria that most of us are lacking in, and that perform all kinds of important health-boosting effects for us: they help produce essential nutrients in our bodies, help boost our immunity, aide in the prevention of harmful internal inflammation, help to improve intestinal and digestive conditions, and have been linked to improved weight control.

FOS also increases our body’s ability to absorb minerals like calcium, helping to sustain mineral density and bone strength while helping us fight against the loss of bone mass, bone fractures and osteoporosis.

FOS can naturally be found in many fruits and vegetables, such as bananas, asparagus, onion, garlic, leek, tomatoes, chicory, jicama, and the Jerusalem artichoke. And some of the highest concentrations of FOS naturally occuring in cultured plants have been discovered in the yacon plant.

Whether the “magic” of yacon lies in its high fructooligosaccharide concentration, or whether it lies in something mysteriously unique to the yacon vegetable that we still have yet to explain, here is something that I can certainly demystify for you – in controlled doses, pure yacon syrup could certainly be a wise choice when used as a safe, health-boosting, low-calorie sweetener.

At the end of the day, there isn’t much magic behind it: with its naturally sweet flavor, it can enhance the flavor of foods and beverages without raising blood sugar or adding many calories, helping us lose weight simply by replacing our use of other high-calorie, health-harming sugars (the ones that make us fat to begin with). On top of this, the high-fiber content of the yacon, in combination with its prebiotic properties and enhanced mineral absorption, all contribute to help you control your appetite, improve your digestion and enhance your nutrition, which can also consequentially lead to weight loss. And, along with any method of healthy weight loss, additional secondary benefits occur, such as improved insulin sensitivity, cholesterol levels, and visceral fat reduction, all of which lower your risks of several life-threatening diseases.

So is 100-percent pure yacon syrup a smart sweetener alternative, an effective bowel support and a weight loss aide that is worth trying? Absolutely. If taken in recommended doses (and if you do not already experience issues such as frequent loose bowel movements, diarrhea, allergies to foods related to the yacon, etc), it hasn’t displayed negative effects, and the potential benefits it might offer could not only help you look and feel better, but could also help ward off potential health problems in your future.

But is it really “the next new big thing in weight loss” that magically negates the need for a proper healthy diet and regular exercise in your life? Absolutely not. While it has the potential to significantly aide your weight loss efforts and help boost them to the next level, it certainly can’t do all of the work for you – no weight loss supplement can. Nor can it replace the health benefits that you can only derive from a well-balanced diet, or the immeasurable benefits that you can only get from exercise.

Yacon syrup may be flying high on the Dr. Oz media tidal wave right now, but ultimately, despite the headlines, it’s not some magical weight-loss pixie potion, or a miraculous eraser of all your dietary and lifestyle misdeeds. Rather, it is a highly nutritive vegetable root extract that could help you fill in the health gaps that your current diet and lifestyle leave you struggling with. When used as recommended, and in combination with a healthy diet and exercise, the evidence shows that yacon syrup has the potential to help launch you along a more positive and safe direction, towards improved health and weight loss.

**As a precaution, when purchasing yacon syrup, it is important to know some simple criteria to ensure that you are getting the correct product, and not a fraudulent one. When purchasing yacon syrup, ensure that the label includes “100 percent natural yacon syrup”, that the product contains a minimum of 30% FOS, and that water is not an ingredient. Moreover, only buy a pure syrup form, as many companies and marketing scams will push capsules that have been mixed with other, untested ingredients.