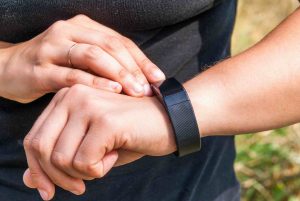 Taking 10,000 steps per day is a great goal. It’s a nice, round number that is easy to remember, but it can be a little daunting for some.

But why has it become the benchmark for steps? Is it backed by scientific evidence or recommended by doctors or physical trainers?

It sure isn’t. The 10,000 steps per day recommendation actually come from a 1960s marketing campaign for a pedometer.

So, maybe there’s nothing to the number, but one thing is clear: when people are active, and blood is circulating, it dramatically affects the heart and overall health.

Any number of steps, whether 4,000, 10,000, or 20,000, is great if it’s more than you took the day before. There really is no magic number when it comes to steps, but it does seem like the more you get, the lower the risk for heart disease, heart failure, or stroke.

Participants were divided into four groups based on their average daily step rate: 1,951; 3,923; 6,685; and 9,487. Perhaps unsurprisingly, the risk for CVD or other heart problems got lower the more steps a person took.

The most active group experienced less than half the number of cardiovascular events than the least active, with rates of 243 versus 491.

Hitting the federal activity guidelines of 150 minutes per week generally translates to roughly 5,000 – 6,000 steps for most people, which is pretty good and much better than nothing. So basically, the idea is to move more, get that blood flowing, and improve heart health.

One word of advice: If you’re currently not taking many steps per day and want to enjoy the benefits of activity like lower blood pressure, better circulation, improved cholesterol profile, etc., focus on incremental increases instead of just jumping up all at once. Maybe move steps up incrementally by 1,000 per week to ease in.