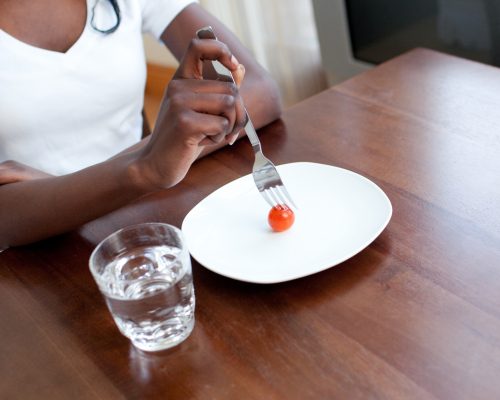 Irritable bowel syndrome (IBS), chronic fatigue syndrome (CFS), and anorexia nervosa may have a common origin. The findings from the study uncovered that all three disorders may be caused by antibodies to the body’s nerve cells mistaken for an infection.

Dr. Jim Morrison, Dr. Sue Broughton, and Dr. Quenton Wessels, the authors of the study, wrote, “Psychological factors might be important, but are unconvincing as the primary or major cause. There might, for instance, be an increased incidence of physical and sexual abuse in childhood in those who go on to manifest functional disorders. It is easy to see how this could influence symptoms in adults, but it stretches credulity to imagine abuse as the sole and sufficient cause of the functional disorder.”

Women are at an increased risk for autoimmune diseases, as the researchers explained, “The female to male ratio in these conditions is of the order of 10. The female excess in irritable bowel syndrome, chronic fatigue syndrome, and anorexia nervosa is equally extreme, and therefore this fits with the idea that auto-antibodies to nerve cells could be part of the pathogenesis of these conditions.”

These disorders often occur during middle age because auto-antibody formation increases with age. Even anorexia has a peak at the age of 30, and auto-antibodies have been found in anorexia patients.

The researchers continued, “Auto-antibodies acting on the [brain’s] limbic system could induce extremes of emotion, including disgust and fear. These then become linked, in the minds of adolescent girls, to culturally determined ideas of what is, and what is not, the ideal body shape and size. It is then a small step for disgust and fear to be directed to food and obesity, which the fashion industry currently demonizes.”

If their hypotheses are proven, then IBS, CFS, and anorexia may be treated with pooled immunoglobulin from the blood of healthy people. Furthermore, it should be possible to identify and eliminate the gut bacteria that is triggering the auto-antibodies.

Irritable bowel syndrome is characterized by abdominal bloating, gas, diarrhea, constipation, and abdominal pain. Chronic fatigue syndrome is a condition of being excessively tired beyond normal. Patients with CFS have persistent fatigue lasting longer than six months, and getting adequate rest does not resolve the issue. Anorexia nervosa is an eating disorder (ED) in which a person forgoes eating, or uses laxatives and induced vomiting to expel anything they have taken in. Although the three conditions may not appear to have much in common, there are some connections present.

IBS and chronic fatigue syndrome both can develop as post-infectious syndromes, meaning they can be triggered by a bacterial, viral, or parasitic infection. Both conditions may also be a result of an overactive immune system and enhanced pain perceptions. There can be a genetic predisposition to either condition, too. Researchers are looking for gene variations that could make people more vulnerable to developing IBS or CFS.

Researchers from a 2005 study wrote, “It has been noticed that there are a number of shared demographic and clinical features between populations with EDs and IBS. Women are overly represented in IBS and ED populations. In addition, these two conditions have a high prevalence of physical and sexual abuse. Finally, the individuals with these conditions tend to have personality characteristics of perfectionism, negative self evaluation, self-blame, and feelings of ineffectiveness.”

Although further research is required to better understand the links and connections between IBS, CFS, and anorexia, you can see that there are some underlying connections that reveal these conditions are more similar than previously believed.