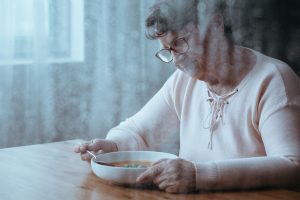 Researchers believe the mechanism may explain some age-related cognitive decline and contribute to neurodegenerative diseases such as Parkinson’s disease and Alzheimer’s disease.

Researchers examined young and aged mice for the study, measuring mitochondrial and cytoplasmic iron as the animals aged. The expression of genes associated with iron homeostasis was analyzed, and it was found that gene coding for a peptide hormone, called hepcidin, was dramatically upregulated in the brain cortex of older animals.

Another theory is that an increase in hepcidin may increase iron in the mitochondria, leading to a build-up of iron and eventual cell damage.

There are currently ongoing studies using iron chelators (substances that bind to iron and make it biologically unavailable) to treat coronary artery disease. Scientists believe a similar strategy could be used in the brain as well for age-related cognitive decline. Exploring this possible therapy is the next step for researchers.

While iron levels in the brain can contribute to cognitive decline, numerous factors can take a toll on the ability of the brain to function at peak potential. Every factor can affect memory, concentration, and overall cognitive function.

The effects of normal aging can also play a role in how the brain works, so it is vital to get the proper vitamins and nutrients that can help support brain function through aging.

The Smart Pill contains a unique formula of 9 ingredients that can help to support, nourish, and maximize cognitive function and brain health. This includes ginkgo Biloba, huperzine A, bacopa extract, rosemary extract, and a B vitamin complex. These carefully selected ingredients allow The Smart Pill to help boost circulation and fight free radicals.