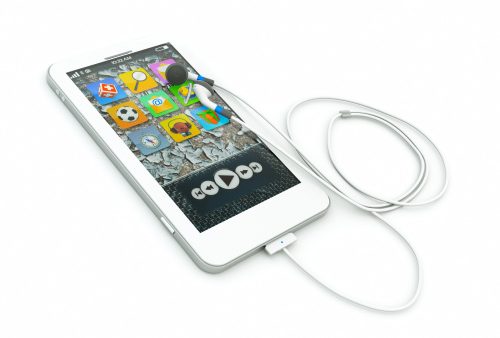 Hearing loss is more prevalent than ever with 17 percent of American adults reporting hearing problems such as an impaired ability to hear speech. A generally noisier society is partially to blame for the rising levels of hearing loss but it’s not the only factor. If you are one of the 46% of Americans who claims to love their iPods, you may want to ask yourself whether or not you love it enough to sacrifice your hearing.

Hearing Damage From These Devices…

The amount of hearing damage created from music devices such as iPods depends on both the duration of the listening and the level of the volume. Listening to loud music for sustained amounts of time, damages the tiny hair cells in the inner ear and consequently, impairs your hearing. These cells are not meant to be hit with loud noise for long periods of time, yet 80 percent of people listen to their music devices at dangerously high volumes. According to hearing specialists, the maximum volume on the iPod is 10 times as loud as recommended listening settings and it reaches noise levels that are equivalent to rock concerts.

Turning down the iPod volume is not only important for the habitual user; even casual listeners need to be cautious with iPod volume levels. According to researchers at Harvard Medical School, the University of Colorado and the Fligor/Children’s Hospital Boston, listening to an iPod at full volume for a mere 5 minutes a day (using the iPod stock earphones) is enough to induce hearing loss in the average person. Noise isolator earphones are even worse – and just 3 minutes of listening to music on maximum volume per day with isolator earphones can create hearing problems.

Unfortunately, the damage caused by listening to loud music devices is irreparable and you have to live with the consequences for the duration of your life. And the damage is no laugh matter either. Since the introduction of the iPod, more than a few children and teenagers have experienced hearing loss that was great enough to necessitate hearing aids. Although these cases are rare, and there were other contributing factors, the hearing problems were considered mainly music-related. The damage caused by loud listening isn’t limited to hearing loss either, prolonged listening to loud music can also lead to ringing in the ears and even hypertension (elevated blood pressure).

If you are an avid iPod listener, worry not, because it is possible to enjoy the music experience without sacrificing your hearing in the process. People tend to listen to their music much louder in noisy environments, most likely as an attempt to drown out outside noise. Although noise isolator earphones cause the most damage when listened to on max volume, people who use these earphones tend to listen to their music at safer volume levels because the earphones drown out the outside noise for them.

The Earphones Slightly Less Likely to Cause Hearing Problems

In addition to purchasing the right kind of earphones, you should utilize the iPod volume control setting which limits the volume output. Also, resist the urge to turn up the volume to more than 70 percent of its maximum output; anything louder and you put your hearing at risk. Finally, take a break from listening every 60 minutes to allow your ears some time to rest and recover.

If a 103 Year Old Can Become Stronger, Smarter and Feel Younger, Why Can’t You?