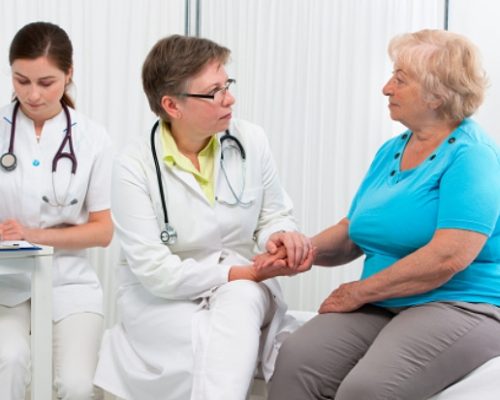 Early symptoms of rheumatoid arthritis may be invisible which can negatively impact a person’s quality of life along with delayed diagnosis. The national survey collected responses from 3,100 individuals and found that initial symptoms of rheumatoid arthritis often are invisible. Respondents suggest that obtaining a diagnosis was challenging as average time between initial symptoms and diagnosis spanned over the course of many years.

In rheumatoid arthritis the body is under attack internally and so symptoms go unseen. Majority of patients report painful joints and stiffness, sometimes experiencing both. Other unseen symptoms include fatigue and general stiffness and soreness.

RA patient advocate Carla Kienast explained, “RA symptoms can be caused by a variety of other conditions. In my case, I had a badly swollen elbow and was referred not to a rheumatologist, but to an orthopedic surgeon. The continuing pain and swelling led to a surgery I probably didn’t need. It wasn’t until a second orthopedic surgeon finally referred me to a rheumatologist a few years later that I was finally diagnosed and started receiving treatment.”

Regardless whether symptoms can be seen or not they still take a negative toll on a person’s quality of life. This includes affecting the patient’s ability to exercise, limiting their ability to perform daily tasks, reducing sleep, and reducing the ability to work.

Kienast added, “Many RA symptoms like pain and fatigue aren’t visible. It’s no wonder we get comments like, ‘You don’t look sick.’ In addition, the disease is so unpredictable that it’s difficult for people to understand that we may be able to do something one day and not be able to accomplish the same task the next day.”
But in spite of all these trials and tribulations, Kienast suggests that RA patients are resilient and continue to push through the stigma and their symptoms in order to continue to live as normal a life as possible.

Fellow RA advocate Mariah Zebrowski Leach concluded, “There’s no denying that RA presents some significant challenges when it comes to following my dreams and living the life I want, so I think the most significant lifestyle change I have made has been a mental one. I have accepted the realities of RA as a part of my life, but I haven’t allowed RA to be the determining factor when it comes to achieving my goals. I like to say: I have RA – it doesn’t have me!”