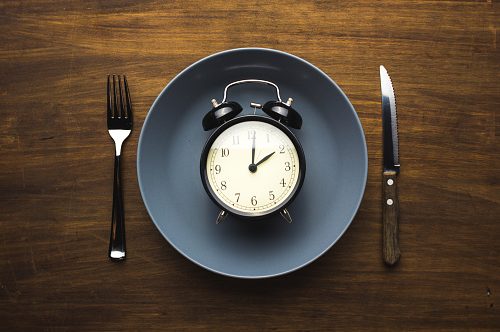 Fasting is a term used to abstain from all food, drink, or both. In western culture, going hungry is often seen as a travesty, with all efforts made to provide food to those who need it most. But there are many cultures who perform a ritualistic type of fasting for spiritual reasons.

While choosing not to eat or drink may seem counterproductive, as it will undoubtedly make you feel fatigued and irritated, a new study finds some benefits to the act. Using mouse models, a team of researchers with the National Institute on Aging in the U.S have found that intermittent fasting resulted in improved cognitive functioning.

A commonly performed practice around the world

Fasting is commonly associated with the month of Ramadan, as billions of Muslims around the world abstain from food and drink from dawn to dusk in a declaration of faith. Many other faiths and cultures also partake in the practice as a form of spiritual rejuvenation.

Christianity, especially Roman Catholicism and Eastern Orthodoxy, for example, observe a 40 day fast period during Lent, a spring period of penitence before Easter and during Advent, a penitential period before Christmas.

Intermittent fasting involves alternating cycles of fasting and eating. It does not refer to any types of food to eat, but rather when you should eat them. Many other previously done studies have shown other benefits to fasting including weight loss, improved metabolic health, and even help you live longer.

The study in question looked at over 40 mice on a fasting regimen, which comprised of one day of eating and the other of fasting. Throughout this study, the brain activity of the mice was recorded.


It was found that after fasting, mice were more alert, with parts of the brain involved in memory and learning being more active. Additionally, mice were found to have on average a 50 percent increase in a brain chemical called brain-derived neurotrophic factor (BDNF). It is believed that BDNF plays a role in prolonging the life of nerve cells, promoting the growth of new nerve cells, and overall improving cognitive functioning.

Lead researcher Dr. Mark Mattson explains that when the body goes without nutrition for 10 to 14 hours, it begins to start using fat stores as energy, as energy stores in the liver have become depleted. This not only leads to weight loss but forces the body to use an energy source called ketones, which directly act on nerve cells, causing them to produce BDNF. This is believed to be the reasoning behind the increase in cognitive function observed in this study.

This finding was supported by the fact that when comparing with control mice models who ate every day instead of every other day, only the fast mice saw cognitive benefits. Both groups of mice were fed the same number of calories each week.

The researchers go on to say that eating a small amount of food will not have the same effect as fasting a couple times per week, as the observed cognitive effects were seen between fasting periods. Dr. Mattson theorizes that humans in past times were able to think more clearly when food was scarce, possibly as a means for survival.

Related: The one meal you should never skip