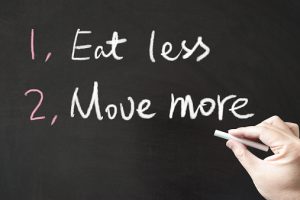 Eating food is a commonly enjoyed and necessary activity, but some of us do it in excess, leading to an increasing rate of obesity and poor health outcomes. Aging is another activity, albeit on a cellular level, that occurs in every living organism. According to new research, a direct relation between eating food and the aging process has been found. Researchers have found that eating less can slow this cellular process, potentially increasing lifespan in the process.

The number of calories we consume is seen to affect the aging inside of cells, according to researchers at Brigham Young University. They found that with increased calorie diets, the protein makers in the bodies—called ribosomes, increase protein production speed. They found the opposite to be true as well, as low-calorie diets showed a decreased speed of protein production, giving proteins extra time to repair themselves, translating to a slowing of the aging process.
“The ribosome is a very complex machine, sort of like your car, and it periodically needs maintenance to replace the parts that wear out the fastest,” said senior author John Price, a biochemistry professor at Brigham Young University. “When tires wear out, you don’t throw the whole car away and buy new ones. It’s cheaper to replace the tires.”

The study in question looked at rodent studies aimed at finding what causes ribosome production to slow down in the first place. Two groups of mice were used in the experiment, one with an unlimited supply of food and the other restricted to consume 35 percent fewer calories, but sill receiving the necessary nutrients for survival. What the researchers found was that a reduction of calories showed an almost linear increase in lifespan, with the restriction of calories producing real biochemical changes that slowed down the rate of aging.
“The calorie-restricted mice are more energetic and suffered fewer diseases,” Price said. “And it’s not just that they’re living longer, but because they’re better at maintaining their bodies, they’re younger for longer as well.”

Price goes on to say that ribosomes use approximately 10–20 percent of the cells total energy to build proteins necessary for the cell to maintain functioning, and to destroy the entire ribosome due to it malfunctioning is impractical. To instead repair individual parts of a ribosome on a regular basis enables them to continue to produce high-quality protein for longer than they would otherwise. And this, in turn, keeps the cell and the body healthy and functioning.

Despite this interesting correlation, the researchers stress that this calorie restricting study has not been tested in humans as an anti-aging study and that no amount of calorie counting will make a person live forever. Instead, they want to send the essential message that taking care of your body is the most important consideration to make when deciding how much you want to eat.

Slowing down aging may be attainable in the near future