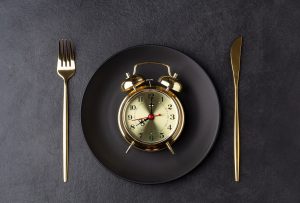 New research suggests that high blood pressure can be reduced by reshaping the gut microbiota. This study is part of an initiative to better understand hypertension by researchers at Baylor College of Medicine.

Hypertension is a condition that raises the risk for heart disease and stroke. As a leading cause of death in the U.S., nearly half of adults in the United States have the condition.

A Study in Rats

For the study, Dr. David J. Durgan and his colleagues analyzed information to find out if the gut microbiota can regulate blood pressure. The relationship between disruption of the gut microbiota, known as gut dysbiosis, and its effects on blood pressure has been previously raised. To find an answer to this, researchers drew on previous studies that showed how fasting was a significant driver of the composition of the gut and a promoter of beneficial cardiovascular effects.

Working with rats, researchers set up two groups. One had rats with SHRSP (spontaneous hypertension) and normal rats that were fed every other day. The other group called control had SHRSP and normal rats with unrestricted food availability.

It was noted that the germ-free rats that received the microbiota of normally fed rats had higher blood pressure compared to the ones who had the fasting microbiota. This corresponded to their microbiota donors.

“This study is important to understand that fasting can have its effects on the host through microbiota manipulation,” Durgan said. “This is an attractive idea because it can potentially have clinical applications. Many of the bacteria in the gut microbiota are involved in the production of compounds that have been shown to have beneficial effects as they make it into the circulation and contribute to the regulation of the host’s physiology.
Fasting schedules could one day help regulate the activity of gut microbial populations to naturally provide health benefits.”

As more information becomes available about the benefits of a healthy gut, this study helps healthcare professionals understand the need for educating their patients on lifestyle interventions that can help reduce the risk of heart disease, stroke, and various other health conditions.