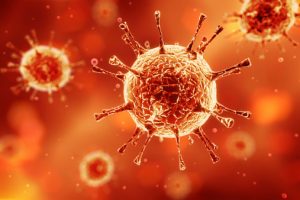 Boosting the immune system using interferon proteins helps fight viruses, according to new research. The study was conducted by researchers at the University of Washington School of Medicine. They were able to boost the immune systems of mice by attacking a vital protein, which many illnesses utilize to replicate.

The findings uncovered a previously unknown weapon in the body’s own immune system that could help develop future treatments to effectively fight viruses. The strategy would involve boosting the immune system’s own interferon proteins.

Senior author, Dr. Michael J. Holtzman, said, “We’ve discovered a new component of the interferon system. It does something that other components don’t do, and it works on both sides of the fence: It dials up the body’s internal genes that fight viruses, and it attacks viral proteins directly.”

The researchers infected genetically modified mice with the encephalomyocarditis virus, which causes severe damage to vital organs. Ninety-seven percent of infected mice survived compared to the control group where none survived. Even when the infection was increased the genetically modified mice still had an 82 percent chance of survival compared to the control group.

Dr. Holtzman pointed out that by increasing interferon proteins, the chance of survival against illness is also increased. He added, “Past work to boost this system just kept the interferon signal on all the time. When the system is chronically activated, it is no longer regulated, and that’s where the autoimmune problems may come from. Our system is still regulated by the presence or absence of interferon. Interferon amounts increase when there is an infection and decrease when there is no infection. We’re not boosting interferon itself, but the secondary signal that interferon activates, which sets off the rest of the antiviral cascade. It’s like greasing the wheels. We’re not pushing the system any harder. But when we do push, we get a bigger effect.”

Aside from the encephalomyocarditis virus, the researchers also tested the mice with the encephalitis virus and with strains of influenza virus, which are relevant to public health.

The findings were published in Nature Immunology.