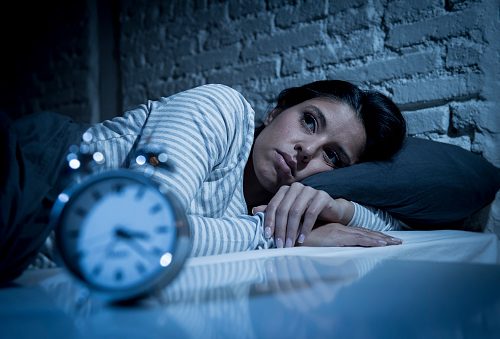 Lying awake in bed and not being able to fall asleep is a relatively common occurrence for most people, especially those with insomnia. Insomnia is something people don’t give much attention to, but according to a new study published in the European Journal of Preventive Cardiology, it is associated with an increased risk of heart attack and stroke.

We spend nearly a third of our lives sleeping, which speaks to the importance of it. In this modern technological world, there are many distractions and stimulants that are designed to keep us awake. It’s reported that approximately one-third of the general population of Germany suffer from insomnia symptoms, according to study author Qiao He of the China Medical University.

The authors of the study analyzed 15 prospective cohort studies with a total of 160,867 participants and observed 11,702 adverse events during a median follow-up of three to 29.6 years. They found a significant association between the hallmark symptoms of insomnia and the risk of heart disease and stroke, with increased relative risks of 1.27, 1.11, and 1.18 respectively compared to those not experiencing insomnia. There was no association between early-morning awakening and adverse events.

The meta-analysis assessed the association between insomnia symptoms and the incidence or death from cardiovascular disease (acute myocardial infarction, coronary heart disease, heart failure), stroke, or a combination of events. The symptoms of insomnia include difficulty initiating sleep, difficulty maintaining sleep, early morning awakening, and non-restorative sleep.
The outcome of the study concluded that difficulty initiating sleep, difficultly maintaining sleep, and non-restorative sleep were associated with 27 percent, 11 percent, and 18 percent higher risks of cardiovascular and stroke, respectively. While the researchers were not completely sure of the underlying mechanisms behind this correlation, they suspect that insomnia may change metabolism and endocrine function as well as various other factors in the body that increase the risk for cardiovascular disease and stroke.

While it was noted during the study that women with insomnia symptoms had a slightly higher risk of cardiovascular and stroke events than men—especially for non-restorative sleep—the differences between genders did not reach statistical significance.

The study in women participants did show an increased risk, but due to the nature of meta-analysis and the lack of statistical significance between sexes, the researchers could not conclude that insomnia was more dangerous in women. They did propose several possible reasons for this observation, however, including differences in genetics, sex hormones, stress, and reactions to stress.

The researchers of this study wanted to demonstrate a link between insomnia and serious health concerns that can happen as a result, and for the most part, they succeeded. Qiao He and her colleagues stress that the importance of health education is direly in need to increase public awareness of insomnia symptoms and its potential risk on our health in the future.