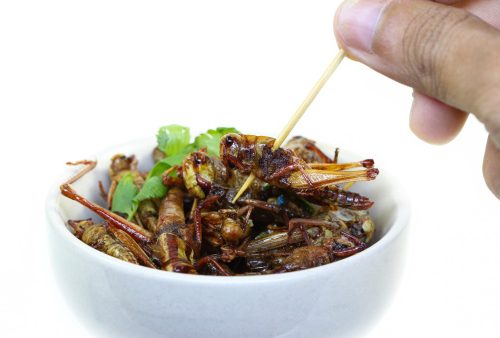 Bugs – yes bugs – are being touted a source for sustainable protein at the Institute of Food Technologies symposium.

Presenters noted one third of the earth is being used to raise livestock for human consumption. They said a move towards insect protein can help meet the needs of a growing population, which is expected to reach nine billion by 2050.

“The demand for protein is growing even faster than the population, especially animal protein,” said Aaron Dossey, Founder of All Things Bugs LLC. “The good news is I think insects are a very nutritional alternative.”

Dossey’s company has received grants to use insect protein to help in the fight against malnutrition. He said insects make for a good food source because:

George Ziobro, of the U.S. Food and Drug Administration (FDA) Center for Food Safety and Applied Nutrition, said the main barrier to insects as food items would be regulating to ensure clean and sanitary conditions are upheld. This would entail insects be raised and manufactured in facilities and not simply picked from the outdoors.

He said while the research is promising, it might be hard to get people on board.

“The vast majority of people don’t want to see part of their breakfast walk off the plate,” said Ziobro.