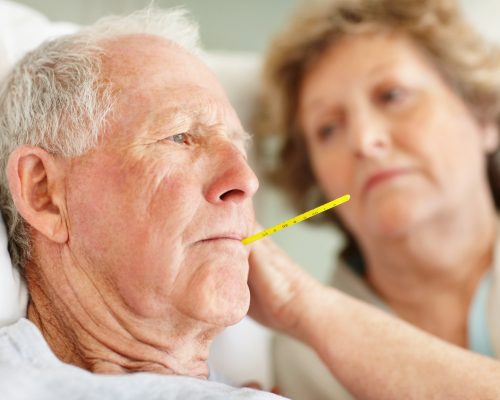 Influenza (flu) and bronchitis share common symptoms, so early diagnosis may be challenging until more symptoms arise, distinguishing either condition. Flu and bronchitis can also occur at the same time, which can make the diagnosis even more challenging. But the good news is, they can easily be treated if discovered early on.

Bronchitis primarily affects the lungs and the bronchi, which are the airway tubes. The bronchi become inflamed in bronchitis, causing difficulties with breathing.

Influenza, although common, can be life-threatening to some, especially young infants and seniors. Worse yet, it is extremely contagious, so if you have it, isolate yourself from other people as much as possible.

Both illnesses can be caused by viruses, but bronchitis can also be caused by bacteria, which means it could be treated with antibiotics. There isn’t a specific treatment for the flu except for getting plenty of rest, staying hydrated, and allowing the disease to run its course.

Bronchitis cases exceed 10 million annually, with 70 percent of patients being older adults. Women are at a double risk for pneumonia, compared to men. Estimated costs of bronchitis are $543 million, with an average cost of $3,799 per hospital visit.

Estimated cost of treating hospitalized patients who have both pneumonia and bronchitis is $6,191.

Influenza is a seasonal illness, taking place predominately during the late fall and winter. The annual rate of influenza worldwide is five to 10 percent in adults, and 20 to 30 percent in children. During the peak flu season, hospitals can be overwhelmed with patients. The impact of pandemic results in high numbers of absenteeism and productivity losses.

Risk factors for bronchitis include smoking, a compromised or weakened immune system, occupational exposure to irritants, and gastric reflux, which irritates the throat and increases the risk of bronchitis.

Complications that can arise from bronchitis are the progression from acute bronchitis to chronic bronchitis, or the development of chronic obstructive pulmonary disease (COPD). In some cases, bronchitis can progress to pneumonia.

Risk factors for the flu include being under the age of five or over 65, being pregnant, being obese, residing in nursing homes, having asthma, or neurological and neurodevelopment disorders, chronic lung disease, heart disease, blood disorders, endocrine disorders, kidney disorders, liver disorders, metabolic disorders, and having a weakened immune system.

If the flu is left untreated, it can result in complications and can even be life-threatening to certain age groups including seniors. Complications related to the flu are bronchitis, pneumonia, aggravation of other conditions, sinus infection, and ear infections.

Difference between bronchitis and flu: Signs and symptoms 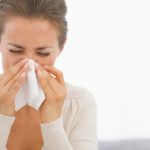 Bronchitis and pneumonia share many symptoms, but there are also notable differences. Bronchitis is characterized by a dry cough, which can progress to mucus. Other symptoms that may accompany bronchitis are typical to those of a cold or flu, like a runny nose, wheezing, headache, and chest pain.

Influenza is transmitted from person to person and can travel up to six feet. The flu travels through droplets when a person coughs, sneezes, or talks. The transmission takes place when these droplets enter the mouth or nose of another person. The flu may also be transmitted when you touch a contaminated object and then touch your nose or mouth. There are three main strains of influenza – A, B, and C – and the annual vaccine combines different varieties of circulating strains in order to offer optimal protection.

The flu is highly contagious, and a person can infect others even being unaware of having flu. The flu is most contagious between one day prior to the symptom onset and up to seven days of becoming sick.

Bronchitis inflames the bronchi and trachea, as oppose to pneumonia, which inflames the lining of the lungs. Bronchitis is commonly caused by a viral infection, and this is why it does not respond well to antibiotic treatment. In some cases, a bacterial infection can inflame the bronchial tubes, causing bronchitis as well.

Treatment options for bronchitis and influenza 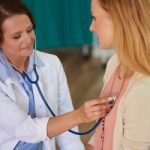 Your doctor will analyze your sputum to determine if the cause is bacterial or viral. A chest X-ray will also be done, especially if pneumonia is suspected. Your doctor may also run blood work to check your white blood cell count, which can reveal severity of the illness. High levels of white blood cells reveal that your body is fighting off a more serious infection.

Your doctor may also run a lung function test to determine how well your lungs are working.

If bronchitis is caused by a bacteria, antibiotics are prescribed, but if the cause is viral then antibiotics are not effective. Inhalers, plenty of rest, and over-the-counter pain killers are often the best course of treatment to get over bronchitis.

The main treatment recommendations for influenza are plenty of rest and the replenishment of fluids, especially if the patient has diarrhea or is vomiting. In some cases, your doctor may prescribe antiviral medications, usually if influenza is quite severe. If these medications are taken fairly soon, the duration of the illness will be shortened. It’s important to note that influenza medications do not cure the flu, but simply shorten duration of the illness. Some of the drugs, however, do come along with some side effects, which may be diminished if you take your medication with food.

The first line of defense against influenza is getting the annual flu shot. To reduce your risk of contracting influenza or spreading it, you should wash your hands frequently and thoroughly, or use alcohol-based sanitizers when soap and water are not available. Cover your coughs and sneezes with your sleeve or Kleenex, and avoid large crowds, especially during the flu season. If you are sick, take the time to stay home and avoid others to prevent the transmission of the infection.

Is pneumonia contagious? Types and symptoms of pneumonia

Is bronchitis contagious? Types and symptoms of bronchitis