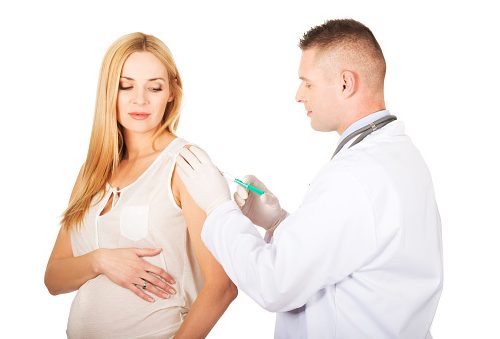 A new study has uncovered that pregnant women who receive the flu shot can cut their risk of stillbirth. Australian researchers examined nearly 58,000 births during the 2012-2013 flu season. Over 5,000 of the women subjects received the flu shot.

The researchers found that pregnant women who received the flu shot had a 51 percent lower risk of stillbirth, compared to women who did not receive the vaccination. Furthermore, researchers found that stillbirths increase after the flu season and fell prior to the flu season, but the differences were not statistically significant.
Study author Annette Regan said, “During the 2009 H1N1 pandemic, we saw a similar reduction in stillbirths following vaccination. Our results are particularly exciting since they show we can get the same protection during seasonal epidemics, which occur every winter. Unfortunately, we know that about 40 percent of pregnant women go unvaccinated, missing out on these benefits.”

“I’m hoping results like these can convince more pregnant women to get vaccinated each year,” added Regan.

Pregnant women are at a higher risk for flu-associated complications, and having the flu during pregnancy can be dangerous to the fetus as well. And yet, many pregnant women do not receive the flu shot due to concerns that it may harm the fetus.

Annually, there are over three million stillbirths worldwide. If a connection between the flu shot and stillbirth is confirmed, it could have a large positive effect on stillbirth rates.