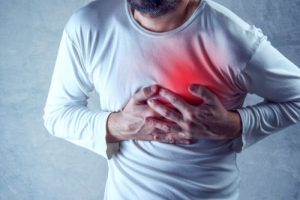 Research presented by the Mayo Clinic has shown that not only do people suffering from inflammatory heart disease have to contend with potentially life-threatening complications, but that they also have to face much higher risks of heart attack, stroke, and heart disease.

Ulcerative colitis usually develops over time, and most often affects the inner-most lining of the large intestine and the rectum.   It is diagnosed based upon the symptoms of the disease, falling into one of five groups: ulcerative proctitis, proctosigmoiditis, left-sided colitis, pancolitis, or fulminant colitis.  Individuals that suffer from ulcerative colitis will often go through periods of extreme flare ups followed by periods of remission.

Here are some other tips to keep your heart healthy with inflammatory bowel disease.

By following these tips you can better protect your heart while living with IBD.