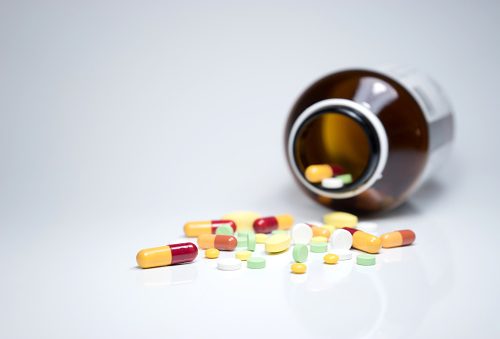 Inflammatory bowel disease (IBD) is associated with the chronic use of narcotics in child patients. Lead author Jessie P. Buckley said, “Chronic narcotic use is common in pediatric IBD patients, particularly among those with anxiety and depression. Describing the characteristics of children with IBD using long-term narcotics is important to define the magnitude of this problem in the pediatric population and to identify potential strategies or interventions to reduce narcotic use.”

The researchers conducted a large cross-sectional study to compare chronic use of narcotics among children with IBD and the general population and to understand the factors associated with narcotic use in IBD. The study included 4,344 IBD child patients along with age-matched healthy controls (21,270 children in total). The study found that 5.6 percent of IBD children had at least three prescriptions for narcotics, compared to 2.3 percent among the controls.

Narcotics are prescribed to reduce pain in IBD. Long-term narcotic use is not recommended for children as it can lead to side effects, disease complications, and potential addiction.


How to manage pain in inflammatory bowel disease

Pain is a common symptom in IBD and can be effectively addressed with narcotic prescriptions. However, patients are not advised to rely on narcotics for pain relief in the long run. Over time, these medications can actually worsen inflammation. The use of narcotics in IBD has been shown to increase abdominal infections, strictures, and intestinal obstruction.

Addressing either the inflammation or the immune response is a reliable course of treatment in the case of IBD. This can be done either with antibiotics or immunosuppressants (immunomodulators), which prevent the immune system from attacking the bowel and causing inflammation.

Other medications that can help treat pain and other IBD-related symptoms include pain relievers, iron supplements, vitamin B12 shots, calcium and vitamin D supplements, and a customized diet for minimizing flares.