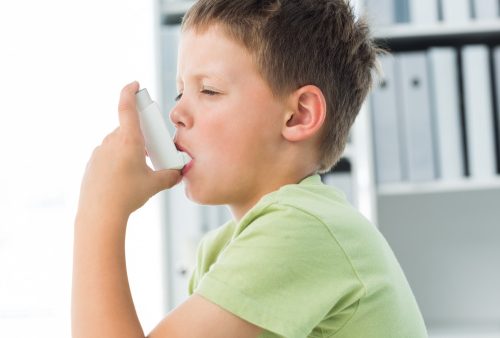 An increasing number of U.S. children are living with asthma and attention deficit hyperactivity disorder (ADHD). The new study also revealed that children living in poverty with asthma and ADHD were twice as likely to have another chronic illness, including developmental delays, autism, depression, anxiety, behavioral or conduct issues, speech and language problems, epilepsy, and other seizure disorders and learning disabilities.

Lead researcher Dr. Christian Pulcini said, “These findings emphasize the importance of studying poverty and its impact on child health, as well as confirm the need for increased awareness to inform child health policy.”
It is still unclear as to why there is a rise in these chronic conditions, but this trend was also seen among children on public assistance.

Dr. Pulcini added, “I like to think we are doing a better job with access to care and diagnosis, but I don’t know of any data that states that definitively. I also think the health literacy of the population is slowly improving, and programs such as Early Intervention and school-based services in individual states are working with parents to ensure they are aware of health concerns such as learning disabilities, speech and language disorders, ADHD, etc. This is all speculation, however, as our data only identifies the trends and not any causal factors.”

The researchers examined data from the National Survey of Children’s Health for 2003, 2007, 2011, and 2012, looking for the association between asthma, ADHD, and economic status.

A significant rise in ADHD and asthma was seen among children living in poverty. These children were also more likely to suffer an additional chronic illness, too.

“I would like to think it could all be attributed to better identification and diagnosis, but, at least in my experience, there are still many children of families with limited means who have poor access to regular care who may not have their primary or additional health conditions identified correctly,” Pulcini concluded.

Also, read Bel Marra Health’s article on ADHD symptoms from childhood may persist due to high levels of parental criticism.