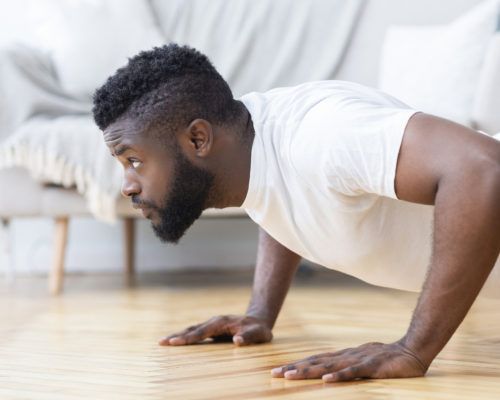 Exercise may be the key to reducing the risk of sleep apnea, according to a new study published in the Journal of Clinical Sleep Medicine. The study found that increased physical activity is associated with a lower risk of obstructed sleep apnea, a common sleep-related breathing disorder.

In the most extensive study to date, researchers focused on the relationship between sleep apnea and levels of activity in the general community. Lifestyle, medical, socio-demographic, and sleep health data were collected from more than 155,000 people for the study. All participants were part of the Ontario Health Study.

It was concluded that those with a modest increase in physical activity, including walking, showed a 10 percent reduction in the risk of developing sleep apnea.

“Our results highlight the importance of physical activity as a preventive measure against developing sleep apnea,” said senior author Lyle Palmer, who is the professor of genetic epidemiology at the University of Adelaide in Australia. “One surprising finding was that not only vigorous physical activity but also just walking alone was associated with a decreased risk of sleep apnea.”

This study adds to the mounting evidence showing the benefits of physical activity for overall health. It also helps to give physicians another tool to treat mild to moderate sleep apnea that may be more appealing to patients. Merely adding 20 minutes to a daily walk and increasing vigorous daily activity by eight minutes would be enough to achieve a lower sleep apnea risk.

Many American’s with sleep apnea go undiagnosed, and it is only until another health issue is addressed that they are diagnosed. In fact, it is estimated that more than 29 million American adults have sleep apnea. It is a very common sleep disorder characterized by breathing pauses and periodic snoring. Associated with an increased risk of heart disease, stroke, high blood pressure, and other potentially dangerous conditions, it is a health issue that should not be ignored.

“The rates of sleep apnea in children and adults are continuing to rise. Therefore, understanding the role of modifiable protective factors for sleep apnea is important,” said Palmer. “Exercise is one such protective factor and has many other positive effects on general health. Sleep health care professionals should be trying to get their patients to exercise more.”

If someone suspects they have sleep apnea, they should always contact their health care provider. Untreated sleep apnea can cause daytime drowsiness, cause accidents, and can also cause serious health risks.