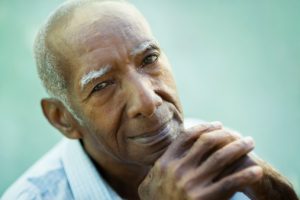 While it is great news that Americans are living longer, it is curious why one race is living longer on average compared to another. According to the U.S. Centers for Disease Control and Prevention, white Americans live about four years longer than black Americans. However, the overall death rate of black Americans has dropped by 25 percent from 1999 to 2015. Officials at the CDC attribute this decrease in death rate to declines seen in leading causes of death among African Americans like heart disease, cancer, and HIV.

Despite this disparity between the two races, the gap has been closing considerably in years past. Much of this is due to improved health care in the black population, thanks in part to raised awareness of illness and disease at an early age in black communities, promoting healthy behaviors.

The difference in life expectancy seen in black and white populations can also be explained by faster death rate drops in African-Americans compared to white Americans, as in 1999, deaths for any reason stood at 33 percent but fell to 16 percent in 2015. Additionally, looking specifically at the elderly population, the death rate due to heart disease and for all causes among black and whites aged 65 and older closed completely, meaning that life expectancy in old age is essentially the same—a testament to our commitment to health care in the older demographic.
“Deaths from heart disease in blacks 65 and older have declined by 43 percent, and deaths in whites 65 and older have declined by 38 percent. For cancer, deaths decreased in blacks by nearly 29 percent and by 20 percent in whites,” said Timothy Cunningham, an epidemiologist in CDC’s Division of Population Health.

However, young black Americans are not seeing similar progress, as it was found that they are more likely to live with or die from medical conditions that usually affect older white Americans, such as heart disease, stroke, and diabetes. This is thought to be partly due to underdiagnosis of chronic health conditions in the younger demographic, like high blood pressure, going untreated. It was also noted that murder rates among black Americans have not changed over the 17 years this study covered.

The researchers go on to say that much of the differences seen between the two races are rooted in poverty and other social conditions that continue to plague the black community. Lower levels of education, lack of home ownership, and unemployment are all factors that limit health care African Americans need.
“Social justice is among the more important determinants of health outcomes, and disparities are very revealing about social justice and equity in public health,” said Dr. David Katz, president of the American College of Lifestyle Medicine.