Home » Health News » Why you should increase your fiber intake 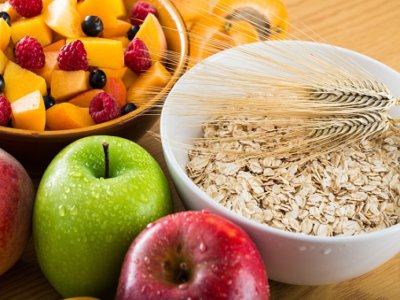 Fiber is recommended as it can prevent and treat constipation along with cholesterol. It’s an important part of everyone’s diet, but did you know that fiber can benefit your bones too?

When we think about bone health and osteoporosis prevention, calcium and vitamin D often come to mind. But you may want to increase your fiber intake as well to ensure your bones stay strong.

A study conducted on mice assessed the importance of dietary fiber on bone health.

The researchers uncovered that short-chain fatty acids (SCFA) are known to “modulate immune responses of the host,” explained Dr. Mario M. Zaiss. SCFAs are the main products of microbial fermentation in the gut and immune system activation, which is linked the bone health status. The researchers hypothesized that by increasing SCFA, bone status may be protected.

To test their hypothesis, the researchers conducted three tests: Supplementation of drinking water with SCFA — those with either two, three, or four carbon chains (1) for periods of eight weeks. This was done in both normal and ovariectomized (OVX) mice (a model of human post-menopausal bone loss).

The next test involved giving mice fermentable fiber for eight weeks. These mice were compared to mice who were fed a normal diet. Mice fid higher amounts of fiber had increased bone mass, decreases in osteoclasts, and a reduction in CTX-1.

The last study had the researchers transfer bacteria to experimental mice. These bacteria are often found in animals with rheumatoid arthritis. The bacteria did not produce SCFA and no other benefits were found.

The researchers concluded that an increase in SCFA significantly suppressed osteoclastogenic signaling entities. Additional research into SCFA and its effects on bones needs to be conducted, but in the meantime, it may be beneficial for you to increase your intake of fiber as a means of staying regular, controlling your cholesterol, and maintaining strong bones.

Is this the worst diet for your bones?