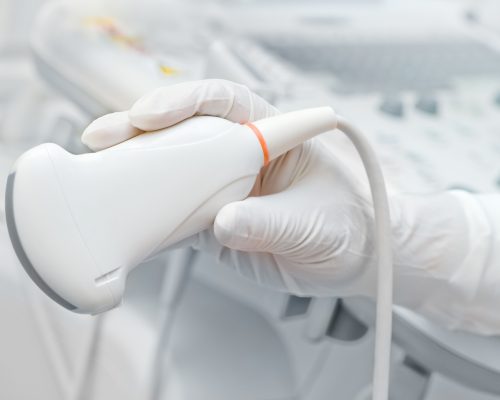 In rheumatoid arthritis patients, fibromyalgia does not affect ultrasound synovitis scores, according to research. Commonly assessed using ultrasound, synovitis is the inflammation of certain connective tissues (namely, synovial membranes). Because ultrasound is an effective way to predict joint destruction, it can aid in devising a possible treatment for rheumatoid arthritis.

The study screened 247 rheumatoid arthritis patients who had symptoms of the condition for 13 years and fibromyalgia symptoms for six years. The researchers analyzed their use of disease-modifying antirheumatic drugs, non-steroidal anti-inflammatory drugs, and prednisone, and found that objective activity parameters were not different between groups. Patients with rheumatoid arthritis and fibromyalgia had greater DAS28, SDAI, and CDAI scores, but similar GS-US7 and PD-US7 scores. GS-US7 correlated with DAS28, SDAI, and CDAI, in patients with and without fibromyalgia, while PD-US7 was found to be correlated with clinical scores only in those patients without fibromyalgia.

The researchers concluded that fibromyalgia does not affect ultrasound synovitis scores, and PS-US7 performed better than GS-US7.


Ultrasound to assess synovitis in the joints of rheumatoid arthritis patients

Ultrasound can play an important role in rheumatoid arthritis as it can determine the degree of active synovitis in the joints. Ultrasound may also be more sensitive in identifying active synovitis than clinical joint examination.

Seventy-six patients with rheumatoid arthritis were used for the study and evaluated at baseline with simultaneous clinical joint examination and ultrasound. Sixty-six of these patients were also evaluated four months after the institution of anti-tumor necrosis factor (TNF) therapy.

Synovitis was identified by the presence of swelling and the investigators evaluated 38 joints. Ultrasound was found to be most sensitive for synovitis. The researchers concluded that ultrasound may be a useful tool to provide information beyond clinical joint evaluation.

Rheumatoid arthritis and fibromyalgia cause a negative body image perception in women: Research