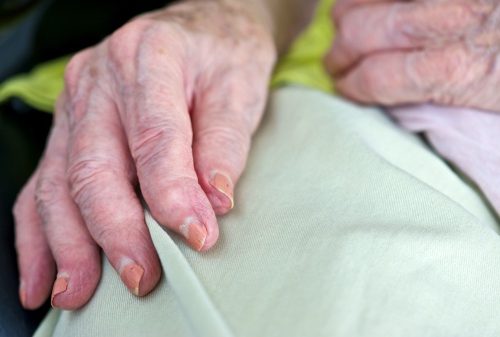 A team of researchers from Rush Medical College, Chicago, and colleagues at other institutions recently did a comparative study of the cognitive functions of fibromyalgia (FM) patients versus rheumatoid arthritis (RA) patients. The study, which was called “Cognitive Symptoms in Fibromyalgia Patients Compared with Rheumatoid Arthritis (RA) Patients”, was presented at the Annual Meeting of the American College of Rheumatology, in Boston.

A disease caused by abnormalities in the way the brain processes pain signals, FM is characterized by widespread chronic muscle pain. The associated symptoms of FM are fatigue, poor sleep, hypersensitiveness to pressure, memory problems, as well as other mental impairments. Currently, an estimated 5.8 million Americans suffer from fibromyalgia.

As part of the study, the researchers studied 211 patients of whom 150 were FM patients and the remaining 61 were RA patients. The cognitive functions of both the groups group were assessed by a questionnaire where the severity of the symptoms were rated from scale one (symptoms never occurring) to five (symptoms occurring all the time). Overall, the researchers found that the symptoms of cognitive impairment were worse in FM patients than in the RA patients.

The researchers observed that a state of clouding of consciousness, termed ‘fibrofog’ (brain fog) is worse in the FM patients than it is in the RA patients. Fibrofog encompasses difficulties using language, difficulties with learning, and memory loss. These symptoms tend to descend in a haze or “fog,” around the sufferer, and hence the name. Both women and men who have fibromyalgia pain, present with fibrofog, though it tends to hit women more often, especially women between the ages of 30 and 50 years. Symptoms of brain fog can range from mild to severe, varying from day to day, and from person to person. The symptoms include:

Directional disorientation: The patient does not recognizing familiar surroundings, and easily loses his way in his own surroundings. They very often also have trouble recalling where regular everyday things are kept.

Inability to multitask: More often than not, people with fibromyalgia cannot focus on more than one thing at a time, and tend to forget the original task when distracted with another.

Depleted focus: These patients are very often confused and have a lot of trouble in concentrating and processing information.

Number difficulties: This is a common feature of people with FM and they find it extremely difficult to perform basic math problems involving addition, subtraction, division etc. The also fail to remember numbers,

People with fibromyalgia are faced with special demands. Given the task of coping with the pain and fatigue each day, patients need to prioritize and adjust their lifestyle according to the demands of fibromyalgia. Having said that, it does not mean you become a slave to the condition. The limitations of fibromyalgia can be lessened if you get the facts. So arm yourself with all the knowledge about the condition, get answers to all your questions and, instead of focusing purely on fibromyalgia, try steering the knowledge seeking process to “fibromyalgia and you”.

Fibromyalgia can be managed with magnetic brain stimulation used for treating depression, study