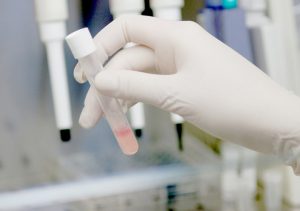 A recent study not only found that having blood in your stool is a sign of a higher risk of mortality from colon cancer but also that individuals with blood in their stool had a 58 percent higher risk of dying from all causes.

The researchers uncovered that hidden blood in the stool – even if not noticeable with the human eye – could signal a range of another fatal disease, with some of them not normally associated with internal bleeding.

They looked at medical records of over 130,000 individuals who took fecal occult blood tests from 2000 to 2016. The tests look for tiny traces of blood in the stool.

Two percent of the individuals had positive results.

The researchers wrote, “It is clear from this study that in the Scottish population, the presence of blood in the feces as detected by (fecal occult blood testing) is associated with a number of non-colorectal cancer causes of death. Some of these may be associated with an increased risk of bleeding into the gastrointestinal tract, notably ‘other digestive diseases,’ but others, however, are not.”

The researchers suspect that blood in the stool may reveal inflammation and inflammation is associated with common forms of death including cancer, heart disease, diabetes, and Alzheimer’s disease.

The team added, “In addition, factors predisposing to ill health, such as obesity, sedentary behavior, smoking, alcohol dependence and a Western diet, have been shown to be associated with systemic inflammation.”

A 2013 study uncovered similar results, which indicates that blood in the stool may have a greater purpose of revealing generalized health rather than just colon health. But at this point, more research is required to determine whether or not fecal occult testing should be part of general health screening.