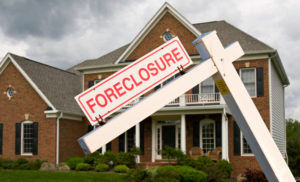 The study reviewed current research about how housing stability, safety, affordability, lack of access to high-quality housing, and neighborhood environment could affect cardiovascular disease risk. Additional social determinants of health were analyzed, including lack of education, unemployment or under-employment, and access to health care, among many others.

Defined by the U.S. Department of Housing and Urban Development, homelessness is the inability to obtain permanent housing. This could include people living on the streets, serial renters who move often, and people who temporarily live in a hotel, homeless shelter, or with friends.

Mario Sims, Ph.D., chief science officer of the Jackson Heart Study and professor in the department of medicine at the University of Mississippi Medical Center in Jackson, Mississippi said, “The disparities in cardiovascular health among people who are homeless and marginally housed are largely due to psychosocial stressors, unhealthy behaviors used as coping mechanisms and barriers to health care, including lack of insurance and stigmatization among this population.”

“Chronic housing insecurity may impact a person’s ability to eat properly, get quality sleep, schedule regular medical care, or fill prescriptions due to cost. These factors all contribute to inadequate treatment to reduce cardiovascular risk factors such as high blood pressure, high cholesterol and tobacco use, and to the greater likelihood of having a cardiovascular event such as a heart attack or stroke,” Sims added.

During the study, researchers found that among adults who were homeless or housing insecure, 70-80% were smokers. This could be attributed to 60% of CVD deaths in this population. Of the same population, 25% reported recent cocaine use, which may increase the risk of heart attacks. Mental illness was reported in 25%, which could contribute to delayed diagnosis and fragmented medical care.

Overall, the study found that neighborhood environments are strong predictors of cardiovascular health and well-being. This research, along with previous studies, has concluded that individuals who are homeless or who live in economically distressed neighborhoods with high poverty and unemployment rates have a higher incidence of cardiovascular risk factors. These include obesity, diabetes, hypertension, and heart disease. A higher risk of stroke and death from cardiovascular diseases such as heart attacks, strokes, heart failure, and others has also been found.

The 2007–2010 foreclosure crisis had a substantial effect on housing accessibility for many people. With multiple studies finding an association between foreclosures and an increase in cardiovascular health events, people who may be facing such an event should be made aware of the health repercussions.

Due to the COVID-19 shutdown, many experts are suggesting that we may be headed toward another event where many people find themselves in foreclosure. This study helps to outline the health issues that physicians should be aware of for their patients if they are facing such economic disruptions.