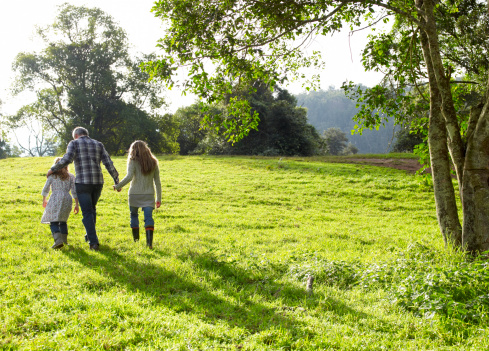 Researcher Ming Kuo said, “I pulled every bit of the research in this area together that I could find, and was surprised to realize I could trace as many as 21 possible pathways between nature and good health – and even more surprised to realize that all but two of the pathways shared a single common denominator.”

Kuo compared the effects of nature to a multivitamin, believing that benefits from nature are not from one “ingredient” but from a slew of components which nature can offer.

Kuo explained the connection between nature, health and the immune system works as if nature switches the body into “rest and digest” mode. This is the opposite of the common “fight or flight” response we have when we are stressed – which much of the population is. The fight or flight mode typically shuts down many components of the body – the immune system included.

Kuo noted that similar benefits can also be obtained in those who enjoy playing board games or going to museums and art galleries. The idea is, we are engaged in an activity that promotes rest which, in turn, gives our immune system a boost.

Kuo concluded, “Finding that the immune system is a primary pathway provides an answer to the question of ‘how’ nature and the body work in concert to fight disease.”

The findings were published in Frontiers of Psychology.