Home » Health News » If You’ve Got Arthritic Fingers, You Might Want to Look Into Lipofilling 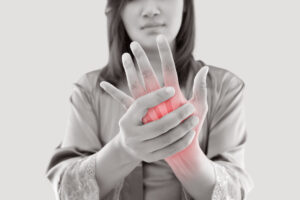 You’ve probably heard of people getting the fat sucked out of their belly to help lose weight, a procedure called liposuction. But have you ever heard of people having fat injected?

A new study argues it could be a valuable procedure for people suffering from arthritis in their fingers.

The study results were published recently in the journal Plastic and Reconstructive Surgery.

People who had the experimental procedure, which the doctors have been performing since 2014, started with pain levels of around six on a 10-point scale. Three to four years later, they reported their finger arthritis pain at a median of 0.5 points.

Median basically means average, so some were reporting less than this and some more. Either way, that’s quite a sizeable reduction in pain.

The researchers also say that there is no surgery and it is not an invasive procedure. Those who get it are given a bandage and a splint and generally use their hands again normally within three to four weeks.

The process uses liposuction to draw fat from the thigh or buttocks, which is then spun in a centrifuge to separate it from water, oil, or blood. The pure fat is then injected into the aching joints using x-ray monitors. The process is called lipofilling.

It’s possible that the fat lubricates the joints so they work more smoothly. It could also be that stem cells in the fat promote the healing of work down cartilage or reduce inflammation in the joint.

Osteoarthritis occurs from normal wear and tear accumulated over time n joints. In fingers, the cartilage of the joints breaks down, so the ends of bones run together, causing pain and stiffness.

This new procedure needs to be retested, but the researchers say that most people, although not all, see substantial benefits.