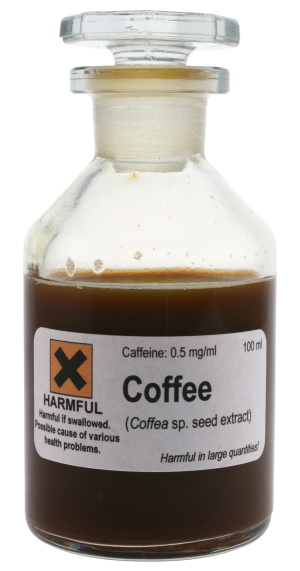 Cancer is a leading cause of death worldwide, and the World Health Organization records 7.6 million cancer deaths in 2008. Research is continually been conducted to learn more about this deadly disease, and to develop new treatment options for individuals diagnosed with cancer.   Recently, researchers from the University of Alberta were able to use the deadly effects of caffeine on fruit flies to gain a better understanding of how caffeine can be used towards new cancer therapies for humans.

How Does Cancer Develop?

Cancer is characterized by abnormal cell growth. Normal cells go through a process of growth, division, and eventually, cell death.  Cancer occurs when this regular cell pattern breaks down.  Cancer cells do not undergo normal cell death; rather, they continue to multiply, creating a rapidly growing mass that starts to interfere with normal body functions.  Cancer can affect any area of the body, and there are over 100 different types of cancer.   Treatment of cancer varies depending on the type of cancer, the patient’s health status, and other factors.  Typical cancer treatment methods include radiation, chemotherapy, surgery, immunotherapy, hormone therapy or gene therapy.  The success of cancer treatment also varies from person to person, and early detection is associated with higher survival rates.

Previous Research on Caffeine and Cancer

There has been a lot of research examining the role of caffeine in cancer prevention over the past few years, that has shown some promising results. Previous research has shown that caffeine interferes with cancer cell processes that involve DNA repair, which can stop it from multiplying.  While these findings are informative, the amount of caffeine necessary to achieve these positive results is high enough to be deadly for humans. Thus, researchers strive to use this information in other ways to get closer to the development of a new, practical cancer treatment.

A Stimulating Discovery in the Fight Against Cancer

While scientists are now aware that high doses of caffeine can interfere with DNA repair – and hence, multiplication – of cancer cells, they can’t actually use this information to create a realistic treatment for cancer patients quite yet. First, scientists have to pinpoint the exact genes and proteins that are guilty of turning normal cells into cancer cells, and understand how these genes and protein work to cause cell multiplication. Once we understand these processes, then cell sensitivity to caffeine can be used to create successful, targeted therapies for cancer patients.

Researchers Ran Zhuo and Xiao Li decided to use particular fruit flies with a mutant gene (known as the melanoma antigen gene, or MAGE) to get a better understanding of how caffeine operates to kill cells.  While the flies flourished on a regular diet, their cells spontaneously destroyed themselves when the flies’ diets were supplemented with caffeine. Additionally, the researchers noted that the mutant fruit flies fed caffeine developed severely disfigured eyes.

Observation of the flies’ physical reactions to caffeine allowed the researchers to identify three genes — SMC5, SMC6, and MAGE –  that are responsible for the multi-protein complex that controls DNA repair and cell division.

The findings from this study demonstrate how we’ve been able to use the lethal effects of caffeine to our advantage, using them to bring us one step closer to the development of successful treatments for cancer patients. Developing new types of treatment that target specific genetic changes can open up a whole new dimension of possible treatment options, that could give millions of people the opportunity to finally live cancer-free.