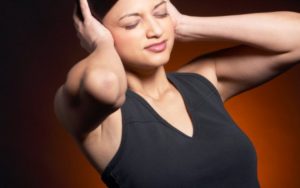 Headaches plague everyone from time to time. They can feel like a pounding sensation on your skull or even like your brain is being bombarded by a million needles. Headaches can affect nearly any part of the skull, with forehead headaches being one of the most common.

What is a forehead headache?

Forehead headaches can be described as being throbbing or sharp in nature, while some will say forehead headaches feel dull and achy. Pain is often a subjective matter, but there are certain instances where the type of headache pain experienced can be a useful tool for diagnosis. Based on the presenting symptoms, your doctor will be able to effectively determine the cause.

A headache is more complicated than people think. They may be caused an infection, a side-effect of inflammation, a vascular condition, or simply from physical trauma. Certain medications may also throw off your hormonal balance, leading to the development of a headache. The following are some of the most recognized types of headaches, their symptoms, causes, and how they are treated.

This is one of the most common types of headache associated with varying degrees of pain, from moderate to severe, on one or both sides of the forehead and scalp. It is often described as being a dull head pain with a feeling of pressure that wraps around the forehead. Tension headaches are often confused with migraines, as they may also produce symptoms of nausea and vomiting.

Tension headaches can be relieved with over-the-counter medication such as ibuprofen or aspirin. In more severe cases, your doctor may prescribe strong medication like naproxen, ketorolac, or even opioids. In the rare case where pain killers do not relieve your tension headache, you may be prescribed a muscle relaxant or an antidepressant in the form of selective serotonin reuptake inhibitors (SSRIs), as they help to stabilize the levels of serotonin in the brain.

A migraine headache is often used to describe a “severe” headache. Sensitivity to sound, light, and smells often accompany migraine headaches. Head pain is usually localized to one side of the head, but some individuals may have pain on both. Pain is frequently described as throbbing or pounding and may be worse with physical exertion.

Women are more commonly affected by migraine headaches. One in every five women may be affected compared to around one in 15 men. Migraine headaches generally occur in early adulthood and can progress for very long stretches of time. They may present with a warning sign described as an aura—a temporary visual or sensory disturbance that usually occurs an hour before a headache begins.

The exact cause of migraine headaches is not known, but it is associated with particular triggers such as starting your period, stress, and certain foods or drinks. Migraine headaches can be treated with over-the-counter medication such as ibuprofen and aspirin, but your doctor may also utilize another class of medication called triptans.

Your skull has air-filled sacs inside the forehead, cheeks, and behind the bridges of the nose. During times of infection, such as during a common cold or allergies, areas can become congested and inflamed due to the lining of the nose or the upper airways becoming infected. The small openings from the sinuses to the nose can become blocked, leading to pressure build-up within the sinuses. This is known as sinusitis and can be the cause of headaches.

Sinus headaches are often described as being a constant, throbbing pain felt in the face—around the eyes, cheeks, and forehead. Sinus headache pain tends to be worse during the morning and typically gets better as the day goes on. Head pain may become worse with movement, even spreading to your teeth, upper jaw, and other parts of the head.

Sinus headache treatment consists of treating the underlying cause, which in most cases is the infection or allergies. Drinking plenty of water helps to keep mucus moist and easier to expel. Over-the-counter medication such as ibuprofen can help alleviate pain.

A cluster headache is considered a rare occurrence, but it tends to occur more in men than women. They can be extremely severe in nature, with suffers describing the pain as sharp, burning, or piercing in nature and located on one side of the head. Often times, pain is localized around the eye or the temple. Cluster headaches can begin quickly and without warning. Interestingly, cluster headaches tend to happen at the same time each year, like in the spring or fall. Some people may also trigger an attack from doing things such as drinking alcohol or even simply smelling a strong perfume.

It is unknown why cluster headaches occur, but when they do, they often present with physical symptoms such as red and watery eye, drooping of one eyelid, and a sweaty face. Attacks may last between 15 mins and three hours and can occur between one and eight times a day.

The most effective treatment for cluster headaches is though oxygen therapy by mask or with a shot of sumatriptan, part of the triptan class of medication. Cluster headaches are not seen as being life-threatening, but they can cause nerve pain that can significantly affect quality of life.

Also known as mixed migraines or mixed headaches, this type is often considered a combination of both tension and migraine headaches. It is known for occurring more commonly in women than it does men.

This condition has symptoms fall somewhere in between both tension and migraine, with the possibility of being more in line with migraine headaches. Mixed tension migraines typically last four to 72 hours and are often characterized as being dull and throbbing with varying degrees of intensity. Symptoms of mixed tension migraine headaches include pain on one or both sides of the head that may increase with activity, nausea/vomiting, sensitivity to light and/or sound, neck pain, fatigue, irritability, depression, and numbness or weakness in your limbs.


Other causes of forehead headaches

Frontal headaches may be caused by a number of different things. The following are just a few causes:

When to seek help

It is true that most mild headaches don’t require a visit to the doctor. These are referred to as primary headaches and make up more than 90 percent of all headache complaints. If a headache is severe enough to interfere with your daily life, it is time to see a doctor to get an expert opinion.

When a headache is sudden and severe, begins when you are 50 or older, or is the result of a head injury, it is called a secondary headache. This means that your headache has an underlying cause and needs to be treated right away.

Cluster headache vs. migraine: Understanding the difference in causes, symptoms, and treatment

Headache on top of head: Causes and treatment