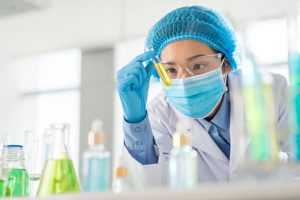 Pneumonia is a serious and possibly life-threatening respiratory infection. It can be caused by viruses, bacteria, and other severe illnesses that affect the body. It is estimated that about 900,000 Americans get pneumococcal pneumonia every year and about five to seven percent of them die from it. Pneumonia can infect people of all ages, being most dangerous in those who are very young and very old, as their immune systems aren’t very strong. Several immune system-damaging illnesses also increase the rate of pneumonia infections, with survival always being in flux. Thankfully, with the advances in modern medicine, development of life-saving vaccines against pneumonia have helped millions, with continued research providing new insight into how we can better fight this deadly infection.

Researchers at the University of Western Australia have identified a type of immune cell thought to be important in generating antibodies that aid in the prevention of pneumococcal pneumonia. They studied individuals with HIV—human immunodeficiency virus—who had the active disease and those successfully treated with antiretroviral therapy, and they also included a control group not infected with HIV.

Each group was given a pneumococcal vaccine, and the response of the bodily immune cells in each participant was monitored before and after the vaccination. The researchers found that those without HIV infection had antibody production strongly associated with a particular type of immune cell called T-follicular helper cells. Those with HIV infection saw a much lower production of these antibodies and even those successfully treated for HIV had a similar low production of the antibody. This is the first time that T-Helper follicular cells were found to play a role in antibody production in response to pneumococcal vaccines.
“Our findings may lead to the development of new ways to assess the effectiveness of such vaccines,” said Dr. Laila Abudulai who carried out the study.

The identification of the particular immune cells that provide the protective response can help shed more light on the mechanisms of antibody production during pneumococcal vaccination and also show how serious immune-crippling diseases such as HIV affect vaccinations. This allows scientists and researchers to better develop treatments that can protect from pneumococcal pneumonia and even allow for T-helper follicular cells to act as a biomarker to accurately assess the efficacy of pneumococcal vaccines.

Preventing pneumonia in elderly: How to boost the immune system