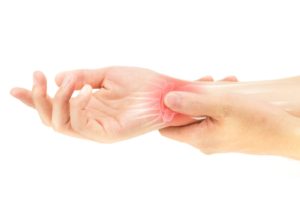 A new study presented at the Annual European Congress of Rheumatology (EULAR 2019) has shown an increased rate of rheumatoid arthritis (RA) in those with type 1 diabetes and inflammatory bowel disease.

Rheumatoid arthritis is a chronic inflammatory disease that can affect more than just the joints. Many people experience fatigue, loss of appetite, and low-grade fever. RA can even affect internal organs. RA affects more than two million Americans and is more common in older people, especially women.

Inflammatory bowel disease (IBD) is a term used to describe disorders that include chronic inflammation of the digestive tract. Symptoms can include repeated pain in the abdomen and changes in bowel movements, which may be diarrhea, constipation, or both. This can include Crohn’s disease and ulcerative colitis.

The Relationship between RA, IBD, and Diabetes

The study that showed the connection between RA, IBD, and type 1 diabetes included 821 patients with RA from a biobank. Each patient matched controls based on sex, age, and location of residence. The average age was 62 years, and 73 percent were female.

It was found that the number of medical conditions present in each patient was the same between groups in the timeframe before RA diagnosis. In the period after the RA diagnosis, there were significantly more conditions reported. Venous thromboembolism showed a higher rate along with heart attack. Interestingly, cholesterol was less common in those with RA and cancer was not more common in either group.

The conclusion of the study demonstrated that the RA group reported significantly more cases of inflammatory bowel disease and type 1 diabetes compared to those without RA.

Professor Hans Bijlsma added, “These results are important because understanding the timeline of comorbidity development in patients with rheumatoid arthritis will inform our knowledge of the disease progression and help identify targets for improving outcomes.”

This study outlines the importance of research that presents connections between medical conditions. The relationship between such conditions could offer a new perspective on prevention and help to lower the risk of illnesses such as RA.