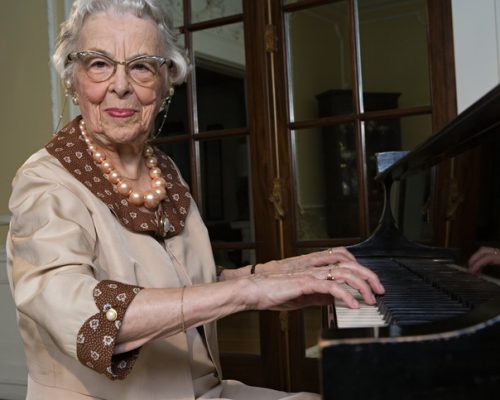 If living forever is your long-term plan, then science might have popped your bubble. New data suggests that human life span maxes out at 115 years. So far, the record for the longest living human being is 122 years, but scientists say not many will top this number.

Human life expectancy has come a long way with advancements in science and medicine, along with improvements in diet and public health.

Vijg added, “This finding indicates diminishing gains in reducing late-life mortality and a possible limit to human life span.”
The findings uncovered that maximum human life span is 115 years, with absolute human life span being 125 years. The probability of someone living to 125 years is less than one in 10,000.

Vijg continued, “Demographers as well as biologists have contended there is no reason to think that the ongoing increase in maximum life span will end soon. But our data strongly suggest that it has already been attained and that this happened in the 1990s.”

“While it’s conceivable that therapeutic breakthroughs might extend human longevity beyond the limits we’ve calculated, such advances would need to overwhelm the many genetic variants that appear to collectively determine the human life span. Perhaps resources now being spent to increase life span should instead go to lengthening ‘health span’ — the duration of old age spent in good health,” Vijg concluded.