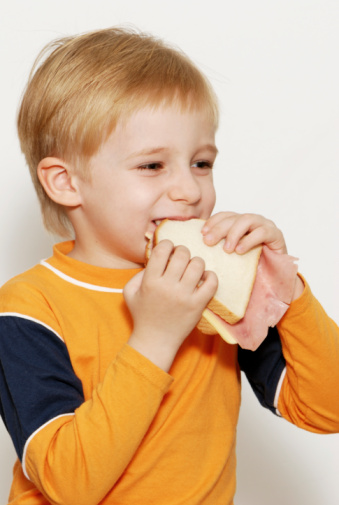 The rise in child obesity has been at the heat of controversy for many years now. Excess weight often results in elevated cholesterol levels and it predisposes our children to cardiovascular disease, which is affecting people at younger ages than ever before. Feeding our children a healthy food based diet is essential to keeping their weight and cholesterol levels low and protecting their future health. However, according to a new study, paying attention to how your children are eating is just as important as well.

How Your Child’s Cholesterol Levels Increase

The researchers found a direct link between poor eating habits and high cholesterol levels. Dr. Nav Persaud, physician at St. Michael’s Hospital in Toronto and lead researcher of the study, observed that these results “… show that we should pay attention to how children eat, not just what they eat…we should be paying close attention to these young children, preschoolers aged three to five, because the early changes that may lead to serious problems later on are occurring in this age group and it’s an opportunity for us to intervene early and get kids on the right track,” he adds.

According to the study, snacking on fluids like juice between meals can increase cholesterol levels, likely because it leaves children fuller at mealtimes so they are less prone to consume a well-rounded and healthy meal. Watching TV was also associated with higher cholesterol levels and the researchers speculate that this is because the TV distracts children from what they are eating, resulting in less food variety and poorer food choices. The TV also prevents kids from being in-tune with internal cues of fullness, which can lead to overeating.

If you want to further reduce your children’s risk for high cholesterol levels and cardiovascular disease, you should also practice dietary modeling. Dietary modeling starts with the parents; it involves setting a good example by making healthy food choices for themselves. Another scientifically proven way to promote good health in children is to practice responsive feeling, in which you present your children with a variety of healthy food choices and let them choose when and how much of it they eat. “The idea (is) to give kids control over when they eat, but to only provide them with the healthy foods, not to give them a choice between the unhealthy and the healthy foods,” said Persaud. Persaud also advises that you should make mealtimes fun and enjoyable for children—use creativity to spruce up the presentation of their healthy food; cut veggies into fun shapes, and change things up so meals don’t become boring. You want your children to have positive associations with healthy food and making mealtime a chore will do just the opposite.

Related Reading: 5 things you need to know about your cholesterol