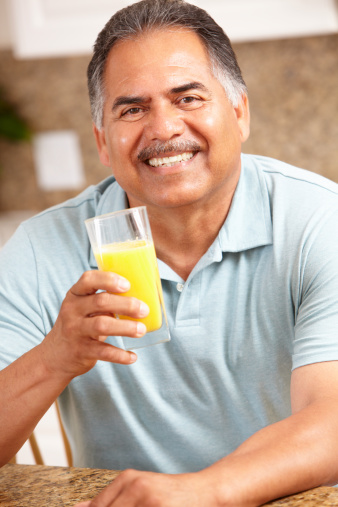 Obesity is an epidemic that is sweeping across the world. In its wake, it’s bringing a tidal wave of life-threatening consequences that are severely affecting the health and mortality of the global population. Increased risks of heart attack, stroke, and diabetes are just some of the threats associated with obesity. Now, a new study has linked obesity with increased risk of prostate cancer, and lower chances of survival – yet another dangerous roadway from obesity to premature death.

RELATED READING: Healthy Body Fat or Deadly Body Fat – Which Type Do You Have?

The Obesity Research & Clinical Practice Journal has just published new findings, providing a connection between obesity and fatal prostate cancer. The published study found that the weight of the patient at the time that he was diagnosed with prostate cancer could be used as a predictor of their chance of survival. This was seen even more prominently among those with a very aggressive form of cancer.

The study examined 751 employees of Kaiser Permanente, all of whom underwent prostatectomy – an operation to remove not just the prostate, but also tissue surrounding the gland. The study looked at how the patient’s body mass index affected their prostate cancer mortality rate, and the results were pretty amazing.


The Implications for the Future of Prostate Cancer

While cancer is a disorder that is often untreatable, obesity is not. Those worried about their prostate health can undergo the fairly simple lifestyle changes that would allow them to get their body mass index down to a healthy level well before they ever run the risk of being diagnosed with prostate cancer. Prostate cancer is generally rare in men younger than 40, and most men are diagnosed well into their 60s. For men that are still in their middle ages, there is plenty that can be done to get their BMI and obesity under control. Should they be diagnosed with prostate cancer later in their life, the fact that they are at a healthier weight will decrease their mortality rate drastically.