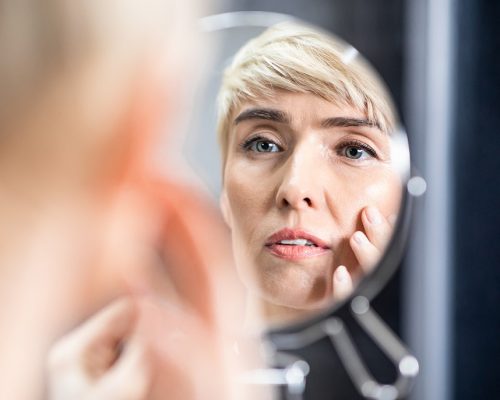 It’s a fact that we all get older. But we all do it differently. While you could “feel your age,” you might be wondering why your best friend feels and acts like they are still 40.

Research suggests that how you think about age may play a role in how you age. A 2018 study published in Frontiers found that those who feel young at heart – called subjective age – tend to have fewer aging signs than those who feel their age or older.

MRI brain scans of 68 healthy people between the ages of 59 and 84 revealed that those who felt younger than their age had increased gray matter volume in key areas associated with cognition. They also performed better on memory tests and believed themselves to be in good health.

How you think about age matters. It can influence several areas of health, and according to this study, potentially reduce the risk, or at least delay, dementia or other forms of cognitive impairment.

How you think about age can also determine your behavior. People who feel younger may lead a more physically and mentally active life, which may also influence brain health. There is plenty of research to suggest even light exercise may improve brain health.

On the other hand, if you feel older or think you are too old to engage in certain activities, you may be less likely to lead an active life or participate in activities that you associate with youthfulness.

Those thoughts and the missed activity could be speeding up the aging process.

The takeaway here is thinking younger may help you feel younger. Don’t let your brain or the year on your birth certificate deter you from trying new things or programming your brain.