Home » Brain Function » Mental Health » How to identify a migraine 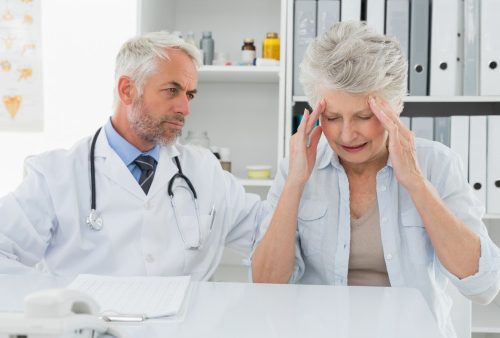 Experiencing a headache can ruin anyone’s day: it’s painful, annoying, and can prevent you from enjoying your day. But what most people don’t realize is that there are several different kinds of headaches, each with their own unique set of qualities and triggers. This also extends to treatment options, as not all headaches are treated the same way. Migraines are a common primary headache disorder that is seen more commonly in women than in men.

About 37 million people in the United States suffer from migraines, and those who have ever experienced one know that they are completely different from a simple headache. While a headache can be uncomfortable, it usually doesn’t keep you from doing everyday tasks and typically goes away after taking an Aspirin or Tylenol.

A migraine, on the other hand, is considered a neurological disorder that causes pulsing or throbbing pain—usually on one side of the head. It is so debilitating that it affects the ability to live your life. It can be accompanied by nausea, vomiting, and extreme sensitivity to light and sound. Migraines attacks can last a few hours or multiple days and are typically associated with an “aura,” which are visual disturbances such as flashes of light or wavy, zigzag vision.

Migraines tend to have triggers: things or circumstances that bring on the episode. It is best to identify these triggers if you suffer from chronic migraines and avoid them as much as possible. The following are common triggers for migraines, but some may be unique to the individual.

Treatment generally consists of either pain relieving medications, preventative measures, or a combination of the two. Regimens are usually tailored to the individual depending on the severity and frequency of migraines as well as the degree of disability your headaches cause.

It is important to speak to a doctor or medical professional if you suspect your headaches are actually migraines. Seeking the advice of a neurologist who specializes in migraines may help give you a better understanding of the condition.

Related: What causes pain in the back of the head?

Headache while sleeping: How to get rid of nighttime headaches

How to get rid of a migraine hangover (postdrome) headache