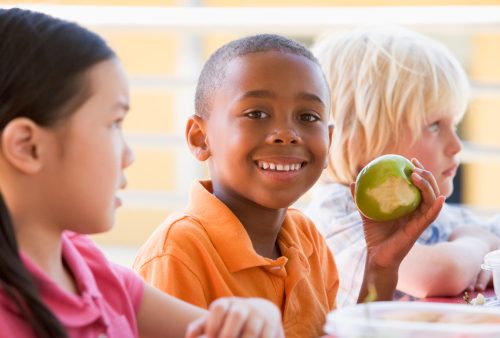 Fruit consumption is an important part of everyone’s diet, but perhaps even more important for children. Fruit consumption for children not only provides many vitamins and minerals, but it also helps promote growth. Good child health includes the consumption of a variety of fruits since each supplies different nutrients that can also help prevent diseases. But unfortunately, while kids should be eating the most fruits and veggies, they are also the most picky when it comes to them, requiring some useful tricks and sneaky slips of hand to ensure that they are getting the amounts they need for good health

Many studies in the United States, the United Kingdom, and Canada have pointed out how inadequate fruit consumption is among children. Some countries around the world have even said that child health is being put “at risk” because kids are not eating enough fruits and vegetables. A 2009 study published in the Journal of the American Dietetic Association found that children and adolescents aren’t meeting the minimum guidelines for fruit consumption. The study carried out by researchers at Ohio State University showed that fruit consumption in males was lower than in females, and that there seemed to be a link between fruit consumption and poverty. Ethnicity also seemed to be a factor. For example, Mexican American children seemed to eat significantly more fruit than non-Hispanic white children. Ultimately, though, researchers agree that more fruit consumption is essential to good child health.

Increasing fruit consumption: How to entice your kids

Research has shown time and time again that if something is easy to handle and easy to eat then people will likely go ahead and consume it. A recent study has shown that the same seems to apply to fruit consumption. Cornell University’s Food and Brand Lab conducted an experiment in school cafeterias with a simple fruit slicer. What they found was that students embraced the use of slicers. In fact, sales of fruit in the cafeterias increased by 61 per cent. Students indicated that they ordinarily avoided fruit because it got stuck in their braces after biting into it. Many girls worried that they looked unattractive chomping down on a big piece of fruit, while many students felt that big pieces of fruit were inconvenient.

Since the study only involved eight elementary schools, the researchers decided to test six middle schools. Apple slicers were placed in three of the schools, while the other three schools acted as controls. At the end of the experiment, the researchers found that fruit sales in the schools that had slicers increased by 71 percent over the control schools.

This is just one study among many involving children and food consumption. Over the last 10 years, research efforts have led to a number of different initiatives in the United States to get kids eating healthier and consuming more fruits and vegetables. In 2002, the United States Department of Agriculture launched a program to get kids in the poorest area of the nation to eat more fruits. Today, they report that both fruit and vegetable consumption has increased by a third of a cup per child amongst those participating in the program. Just this year, the USDA announced “Smart Snacks in School”; a proposed new standard to make sure that kids from Kindergarten to Grade 12 are fed healthy, accessible food.

So when it comes to eating fruit, just how much should your children eat? Toddlers require about one cup of fruit each day; older children need about one-and-a-half cups; adolescents and teenagers should get two cups per day. If you have a teenager that is athletic and active, they can certainly benefit from a higher fruit intake. The main point, however, is that in order to increase their consumption, you have to make fruits fun and accessible. Cut up an apple and pack it in your child’s lunch. Have some cut up veggies on the counter for when your children get home. If they see enticing food that’s ready to grab and eat, they’re far more likely to take a bite.