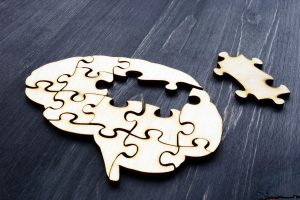 Some people worry they won’t know the difference between aging and early signs of dementia. Is it normal to forget someone’s name, or forget why you walked into a room? As we age, it can be frustrating when our memory starts to fail us. But when should we be worried that it may be more than just normal aging?

Unfortunately, there is no straight answer. It all depends on the circumstances, says health experts. To fully distinguish between healthy aging and cognitive loss requires taking a deeper look.

“Instead of thinking about things in terms of what is a sign of dementia, I would ask, ‘What is the situation in which those signs appear?'” said Dr. Jeffrey Keller, founder and director of the Institute for Dementia Research and Prevention in Baton Rouge, Louisiana. “It’s how the brain functions in response to a challenge that demonstrates early changes that can lead to dementia.”

In other words, normal aging may mean experiencing some memory lapses such as misplacing keys. The more important question is whether they were able to retrace their steps to find them. Another example may be whether someone can retain information long enough to perform a multi-part task such as filling out medical or tax forms, even if interrupted during the job.

For many people with cognitive decline, if they get interrupted while performing a task, they struggle with the ability to switch. This is usually when things start to fall apart.

The inability to plan, multi-task, solve problems, or make decisions is often a more significant indication of deteriorating brain health. Those with cognitive decline may exhibit a loss of financial management skills long before being diagnosed with dementia. They may start making purchases they would never have usually done before, or they may fall prey to scams because their ability to understand the consequences of their decisions may be impaired.

At the first sign of any cognitive problems, it is essential to rule out any health problems that could be affecting the brain. For example, uncontrolled high blood pressure, depression, diabetes, hearing loss, high blood sugar, and other illness can cause changes in brain function, including memory loss.

“The first stop is the primary care provider, because the person generally has a relationship with them,” Dr. Keller said. “They can make a diagnosis or start a work-up to make sure the changes aren’t from another cause.”
Knowing the warning signs may put your mind at rest if you are wondering if your forgetfulness is a normal part of aging. To keep your mind sharp, health experts recommend eating a healthy diet and participating in regular physical activity. They also recommend learning a new language, finding a new hobby, or developing knowledge about a new field you are interested in. All of these can help you maintain cognitive flexibility, which is vital for cognitive preservations.