Home » Cancer » Disease Management » How to Calculate Your Cancer Risk 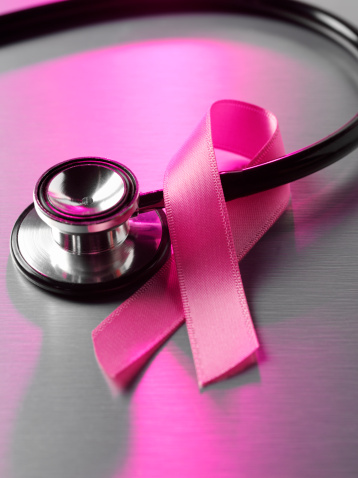 Almost everyone has had a frightening experience with cancer, either directly or indirectly. If you’re like most people, you would do anything to lower your cancer risk. Approximately 1 in 8 American women and 1 in 9 Canadian women will develop breast cancer in their lifetime. A woman who has a high breast cancer risk is also at a higher risk of developing ovarian and/or endometrial cancer.  Researchers from the National Cancer Institute have recently moved one step closer to finding a way to help women determine their risk of developing breast, ovarian and endometrial cancer. Being able to predict cancer risk will allow women to make informed decisions when it comes to cancer prevention and treatment options.

The current study included white, non-Hispanic participants that were 50 years of age or older that had participated in the Prostate, Lung, Colorectal and Ovarian Cancer Screening Trial (PLCO) or the National Institutes of Health – AARP Diet and Health Study.  The researchers looked at a number of variables to determine cancer risk. For all three models, many variables were examined including: estrogen and progestin menopausal hormone therapy (MHT) use,  maternal age at first live birth, menopausal status, family history of breast or ovarian cancer, alcohol consumption body mass index (BMI), smoking history, and oral contraceptive user ovarian cancer.  The researchers then used statistics to look for patterns that showed why some women were diagnosed with cancer, while others were not.

The ovarian cancer risk model also performed relatively well.  The researchers predicted that 406 women would be diagnosed with ovarian cancer, while in reality 377 women were diagnosed.

It’s important to note that this research focused on white women who were 50 and older who did not have mutations in the BRCA1 or BRCA2 genes (both mutations are known to increase the risk of breast and ovarian cancer).  The findings from this research may therefore not apply to all women.  Future research should look at whether these three models can predict cancer risk for women of all ages and races.

The findings from this research show that the models which use risk factors that are easily obtained from patients can help to predict cancer risk for endometrial, ovarian and breast cancer in white women over the age of 50.  This will not only help with clinical decision-making, but it  may also allow patients the ability to modify existing, controllable behaviors to potentially reduce their cancer risk.