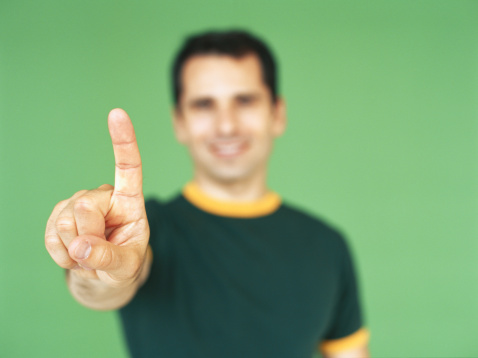 This is an article that is certain to have people gazing at their hands. A recent study has shown that there is a link between finger length potential for cancer. It’s a study that could have people scratching their heads. The study, that was published in the British Journal of Cancer study found men whose index finger was longer than their ring finger were much less likely to develop the disease.

The research was deduced after comparison of over 1500 male hands. The men in question were all prostate cancer patients, who were compared with the hands of 3000 healthy men.

All of this information was provided by the University of Warwick and the Institute of Cancer Research. The authors of one of the reports, Professor Ros Eeles says people shouldn’t get too excited, that with something as dangerous and life threatening as prostate cancer, there is no doubt that more studies will need to be completed. The repercussions, as it stands are that this information could be used as a way to at least assess prostate cancer risk, or used for preventative measures.

An important piece of information to remember is that the length of fingers doesn’t change, so the amazing discovery could be due to a relation in the sex hormone levels that appear before birth. What can be seen from these results and applied to prevention methods, as well as future cancer research is that it is possible that being exposed to less testosterone before birth could results in a longer index finger, researchers are saying that this could mean there is a chance that prostate cancer can be protected against as a man gets older.

In the majority of cases of prostate cancer, it is slow growing. There are male patients who say there is never any symptoms present.

The National Institutes of Health provides extensive information on the subject. They say prostate cancer is the most common cause of death from cancer in men over age 75, and that the disease is rare in men younger than 40. High risk groups include African-American men (interestingly men of this ethnicity are also more likely to develop the disease at all ages). Other high risk men include men over the age of 60 who have a father or brother with prostate cancer.

The study in terms of how cancer relates to finger length was funded by the charities Prostate Action and Cancer Research UK. Authors are quick to say that the subject deserves some thought when it comes to future prevention ideas, men who have short index fingers shouldn’t panic, more than half of all men have this as well.