Home » Anti-Aging » Infertility » How Much Potential Does Maca Really Have? 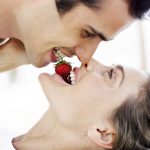 Maca shows limitless potential, and with so many rumors and claims circulating, it is something that many researchers are saying is deserving of a second glance.

One of the biggest claims regarding maca, and a big part of what has gained it so much recognition is the impact maca can potentially have on the sexual health, menopause fertility and hormones of men and women.

Researchers readily admit that evidence for maca’s effectiveness is sparse, especially in regards to improving sexual health in men and women, but what is there shows enough promise that more research should be hitting the mainstream soon.

Part of what makes the studies of maca so difficult to garner information from is the indecisive, and argumentative “for” and “against” stance. But with more and more research coming available in favor, the “for” position is showing enough research to prompt further investigation.

A 2010 report published in BMC Complementary and Alternative Medicine found that maca may have positive effects on sexual desire in healthy menopausal women or healthy adult men.

Researchers also break results down to account for the fact there are several different types of maca, these include yellow, black, and red maca. When it comes to sperm count, black maca appears to have the greatest effect.

So what exactly is the buzz about? And what uses are causing the controversy regarding maca?

The research regarding maca and fertility is particularly controversial. The study involved 4 consecutive months of treatment on 9 adults and showed the tie between maca and the quality of sperm in men. Treatment with maca resulted in increased semen volume, sperm count, and sperm motility. Serum levels of testosterone and estradiol were not affected.

A study found in the journal Menopause in 2008 showed that maca made an impact on the mood of women who were going through menopause.  14 women who just came through menopause took 3 ½ grams of powdered maca for six weeks and then took a matching placebo for another six weeks. Study results showed that maca aided in the reduction of anxiety levels and depression in women with menopause.

While more research needs to be done in order to solidify the place of maca as an effective supplement, there is a great deal of promise, and no doubt a significant “buzz” when it comes to the possibilities.

Maca is said to act on the hypothalamus-pituitary gland. This hormonal pathway produces the pre-cursers to male and female hormones, as well as having some effect on the adrenal glands. Maca does not necessarily stimulate it, but could behave in a balancing capacity which is why it is so interesting to researchers for sexual health in men and women.