Home » Cancer » Prevention » How Infection Can Lead to Cancer 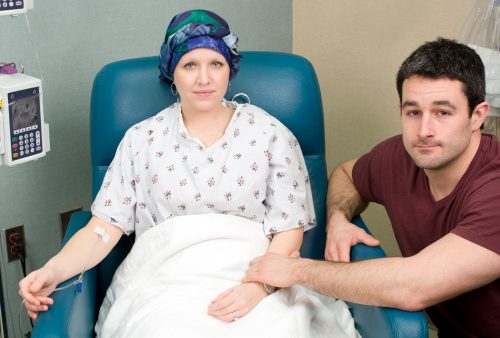 Despite the ominous nature of cancer, scientists have been unable to develop any sort of preventative measure to effectively block cancer development and thereby eliminate cancer risk. Despite some gaps in our understanding of cancer, scientists have pinpointed a variety of factors that increase cancer risk and some of the most well known include: smoking, sunlight, ionizing radiation, certain chemicals, alcohol abuse, poor diet, obesity, hormonal issues and genetics.   Researchers have also recently discovered that infections increase cancer risk.  In fact, one in six cancer cases and 20 percent of all cancer deaths are caused by potentially preventable or treatable infections.

Cancer Prevention and Cancer Risk – What it Means

The way in which infections lead to cancer development is still not completely understood, however a recent MIT study published in the online edition of Proceedings of the National Academy of Sciences (the week of June 11) has managed to shed some light. For the study, the MIT researchers analyzed mice that were infected with H. hepaticus, for 20 weeks. H. hepaticus is a type of bacteria that causes infected mice to develop a condition that closely resembles inflammatory bowel disease in humans.  Throughout the study, the researchers kept tabs on a dozen different varieties of damage which was caused to DNA, RNA and proteins.  They also measured the amount of tissue damage that was occurring and kept track of which genes were being turned on and which were being turned off as a result of the infection.

Another important discovery that was brought to light through this study was that the colon and the liver respond in different ways when they are infected. For instance, when subjected to DNA damage, the DNA systems in the liver were more active than they were in the colon. Also the neutrophils in the colon secrete a substance (hypochlorous acid) which is meant to kill bacteria. This is problematic because the hypochlorous acid  that is secreted not only damages DNA, RNA and protein it also leaks into surrounding tissue and damages the cells that line and protect the colon.  “It’s possible that we have kind of a double whammy [in the colon]. You have this bacterium that suppresses DNA repair, at the same time that you have all this DNA damage happening in the tissue as a result of the immune response to the bacterium,” says Dedon, one of the four senior authors of the paper.

As a Preventative Mechanism

As a result of the study, researchers now believe that chronic inflammation caused by bacterial or viral infections, is one of the biggest stomach, liver and colon cancer risk factors.  This discovery leaves scientists hopeful for the development of a preventative mechanism that will help to halt cancer development. “If you understand the mechanism, then you can design interventions,” states MIT professor of biological engineering, Peter Dedon.  “The comprehensive and innovative study should help researchers better understand many types of cancer. I can’t remember ever seeing a paper that brought so many aspects of research to the table in one report,” adds James Swenberg, a professor of environmental sciences and engineering at the University Of North Carolina School Of Public Health.